The Law of Attraction

Home » The Law of Attraction

In 2006 a DVD was released called The Secret by Rhonda Byrne. I’m not even sure how I became aware of this video, but at some point that year I bought and watched it  – –  several times. This was my mid-forties (age-wise) and fairly close to my initial uber-launch of seeking, discovering and growing.  I still have the DVD in my library and re-watch it periodically for inspiration and re-affirmation. The world inundates you in negativity which will dampen and destroy your spirit, so a renewal of inspiration is sometimes needed.

While some banal reviewers may negatively criticize the video claiming that it’s over-dramatized or stupid, the essence of The Secret – The Law of Attraction – heretofore is pretty much a real secret. The bottom line is we are not taught this philosophy in any school. You’d be hard-pressed to find friends, family, teachers or counselors who are even remotely familiar with this esoteric concept prior to the video’s release.

As with most anything, rather than blindly accept the inane-mob opinion, the seeker and growth-oriented individual’s goal should be to determine whether there are any nuggets to take away – – anything of use to our personal life, growth and development. From that perspective, the discovery of this DVD hit home for me.  I resonated with its message and have successfully used its philosophy since.

For those souls open to metaphysical teachings of a higher consciousness and philosophy, there’s a wealth of positive, impactful and life-changing messages within. Messages that will help you take full control over your life:

The Secret also peaked my interest with regards to the origins for the content in the video (The Law of Attraction). It’s referenced in a few places, but after some digging I came to discover that it was based on the New Thought Movement of the late 1800s through early 1900s.  It can also be traced back to the Hermetic Laws of ancient-Egypt/early-Greece.

Some of the more prominent of the New Thought publications include:

I acquired and read all these tomes. As old as they are, they DO have impact! 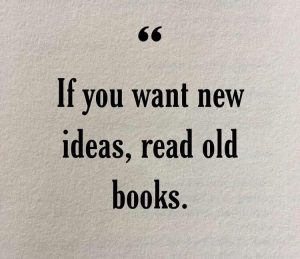 So, the message of the New Thought Movement and The Law of Attraction in essence (and in my own words), are:

That which you focus upon – whether positive or negative – will manifest in your life.  The choice is yours.

This is SO much more empowering than playing in the “Victim Olympics.” Take charge of your attitude, your thoughts, your emotions, your actions and reap the results.
I’ve used it over the years to change my life for the better. While not always at the forefront of my every thought and action, I can’t help but be regularly reminded of this powerful law’s premise and the success it’s brought to me.  And, as an aside, The Secret actually triggered me to join the Rosicrucians in 2007. But that’s a story for another time.  🙂
If you could only speak to my wife, you would easily understand that what I say above borders on remarkable (for me). I’ve spent the vast majority of my life dwelling and focused on the most pessimistic view of life. My wife says that I’ve always been the “glass half-empty” guy. She’s not exaggerating. But sometime in the last 15 to 20 years I’ve learned to focus upon possibilities, beauty, wonder, enriched living, joy, family. I SEE now that my focus drives my manifestations.
Could you use some inspiration? Could you benefit from focusing and driving your life in a positive and abundant direction?  Watch The Secret.  You’ll be glad you did.
Carpe diem friends!

Featured Image by Yassay from Pixabay