The creation of our gardens – Elysium

Home » The creation of our gardens – Elysium

My wife Debbie and I cut our teeth attempting our small landscape in our first tiny home.  At that time we couldn’t tell you the name of most plants and shrubs.  We moved into our current home in May 1989.  Although the house was only thirteen years old at the time, it needed work to achieve the potential that Deb and I saw in its structure and grounds.

Here are a series of before-during-after photos of certain angles of the landscape. It gives you a good feel for how much things have changed for the better.  The grounds have become an oasis for us, such that we now call it “Elysium” (an ancient Greek/Roman word for paradise/heaven).

Here is our Elysium as the creation “blossomed” over the years.  More detailed pictures will follow, but this is enough of a start to share its progression.

I would encourage anyone who has an appreciation for landscape gardens to create your own beauty.  Even if you know nothing to start, learn as you go; look at books and online to get ideas; experiment and try things; get free consultation from others who’ve done it; start somewhere.  You’ll enjoy the fruits of your labor for years to come. Create your own escape from the complacent and mundane.  Satisfy your soul resting among the beauty of your very own creation – your sanctuary.

Rear yard next to the driveway:

1990 – There was no walkway from the drive to the small patio in the back yard. Step 1: dig out the hillside and install fanning steps and sidewalk. 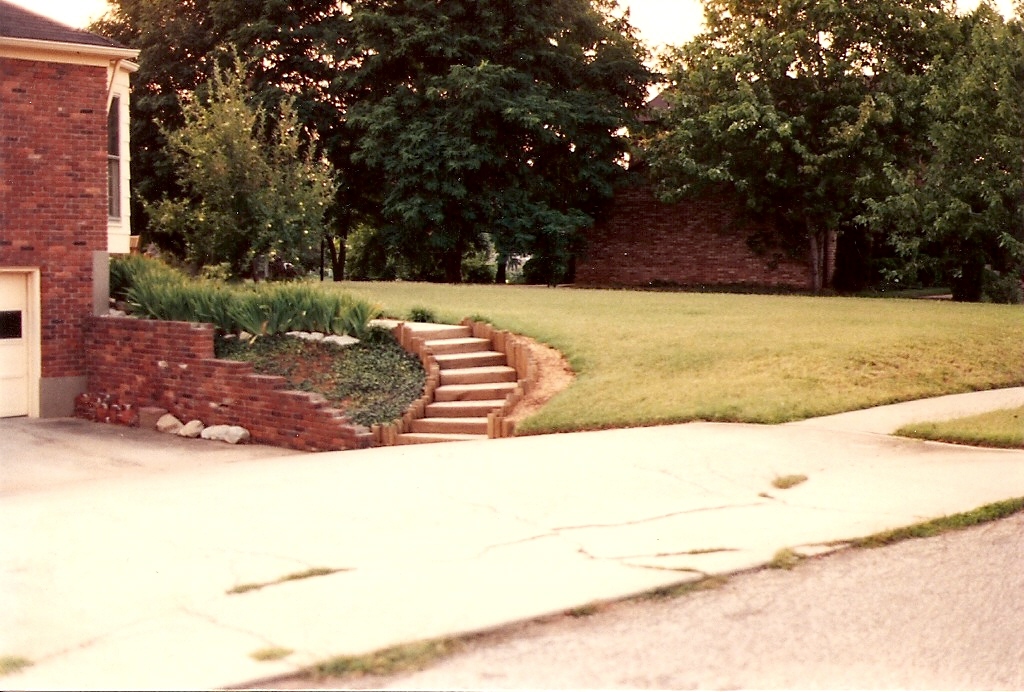 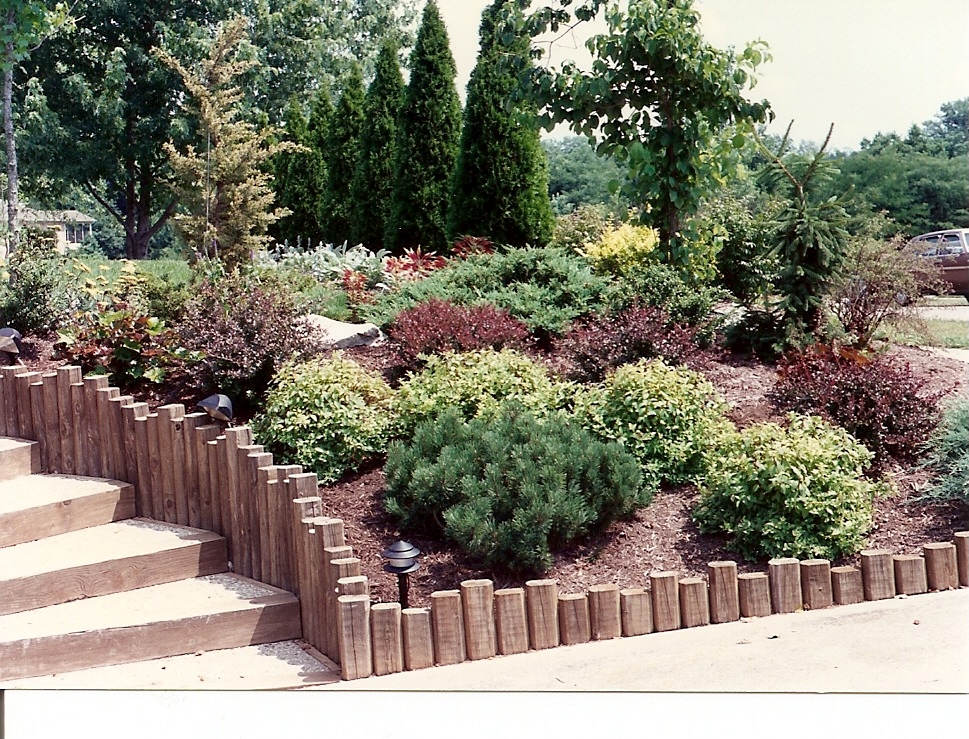 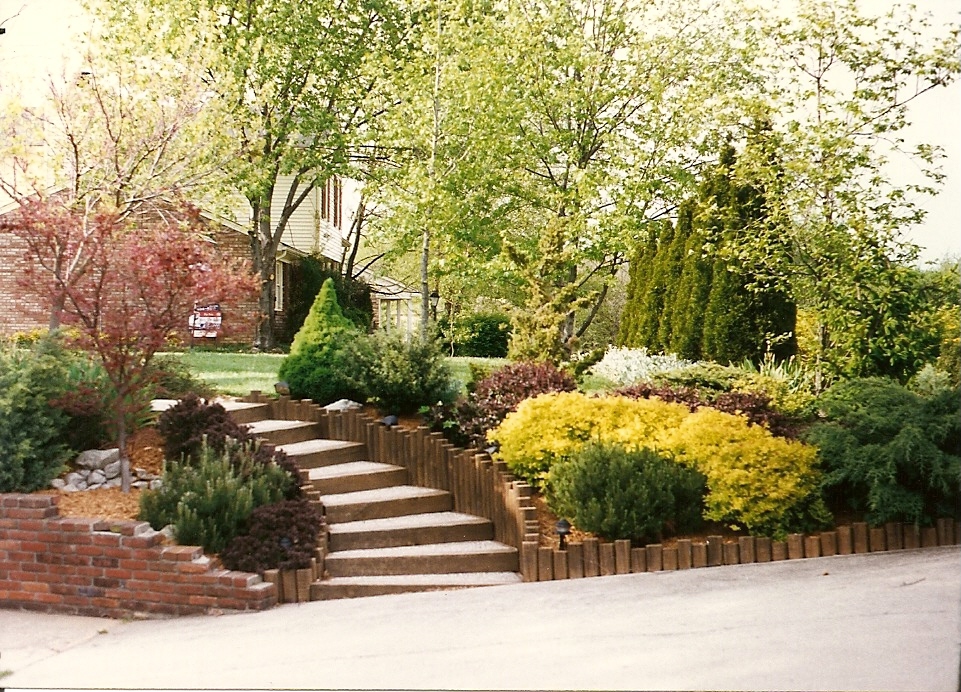 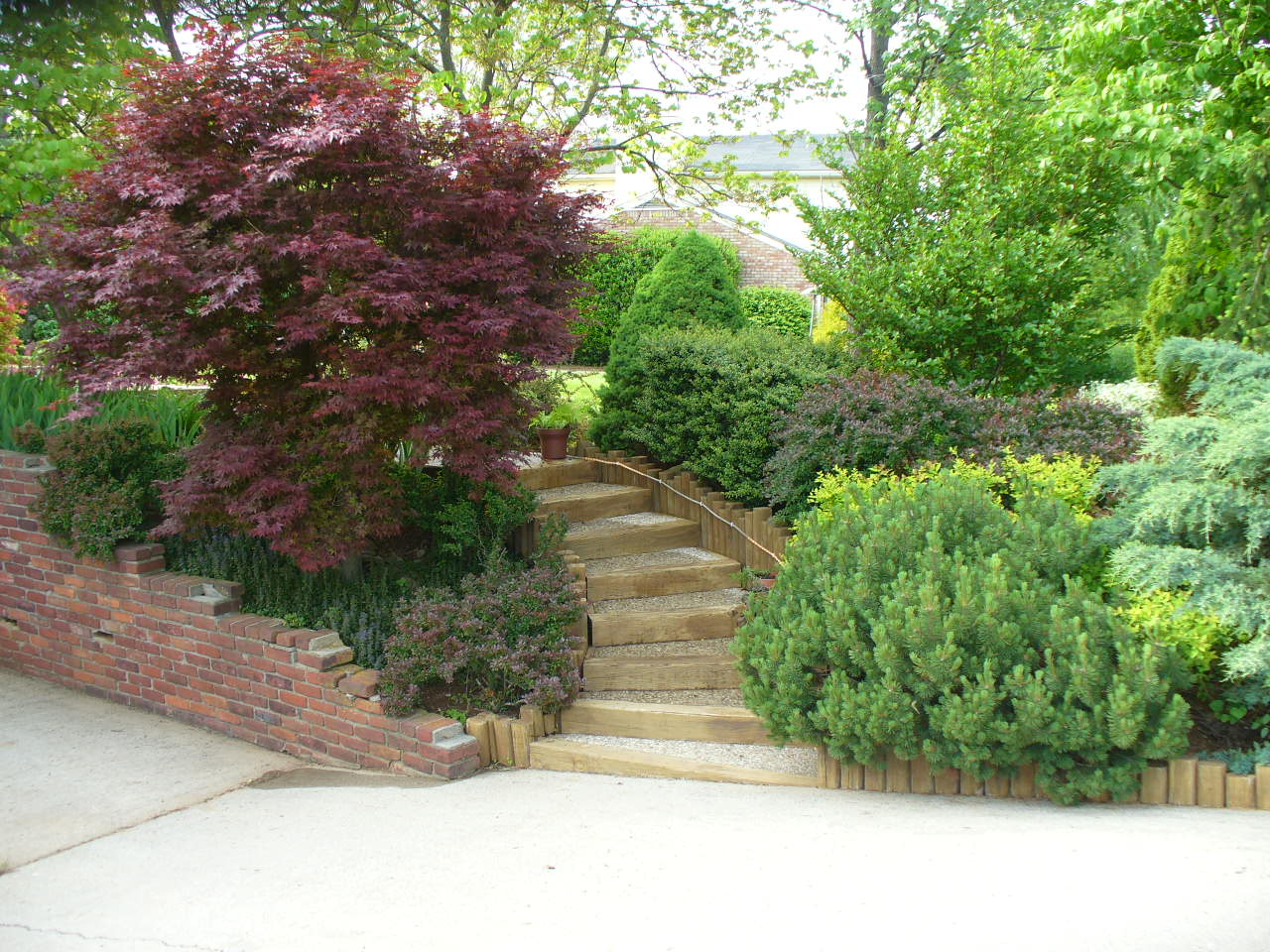 Rear yard from the side street:

1991 – There was no privacy while sitting on the patio. Anyone driving along the side street or walking that sidewalk had a clear view of the entire yard.  Not being hardscape-fence type of people, we opted to create a softscape barrier of shrubs. 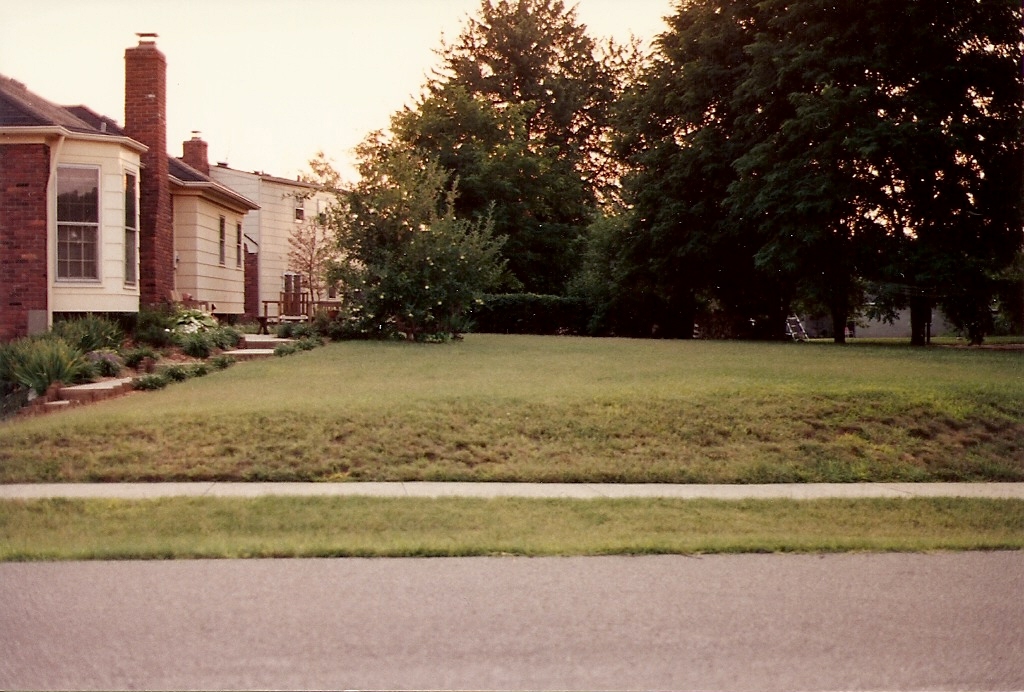 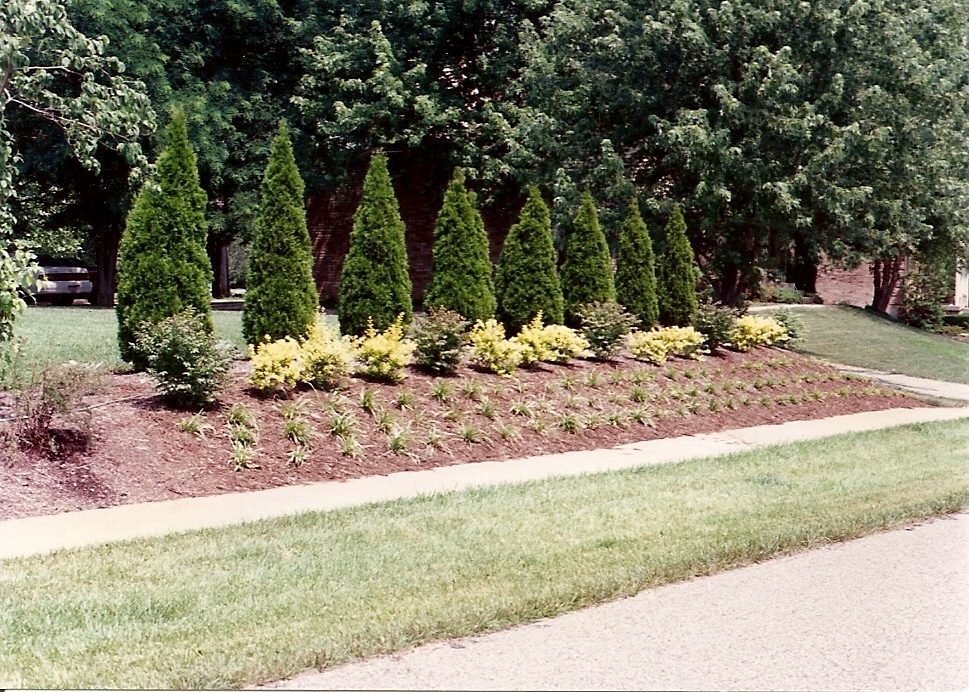 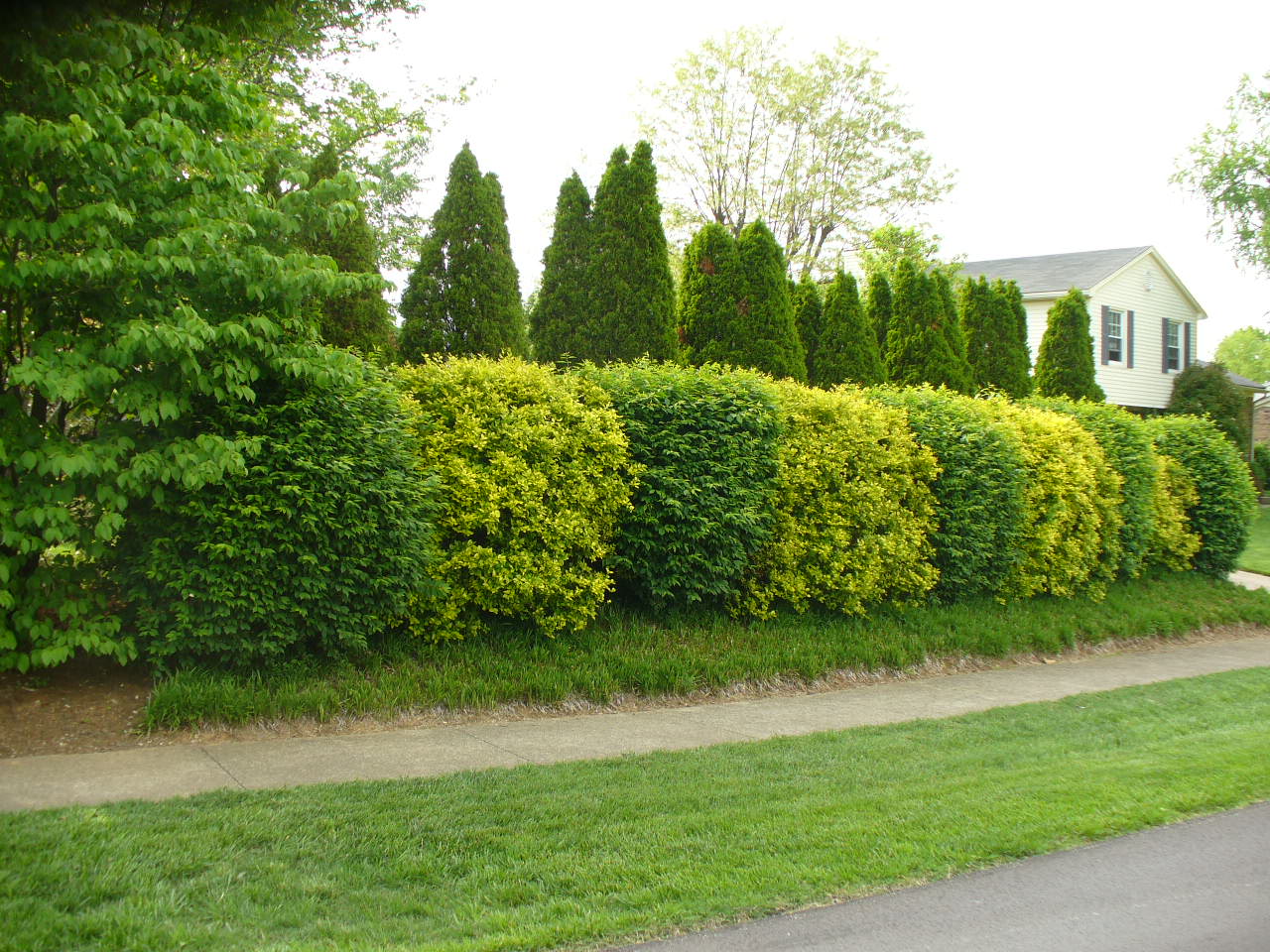 View down the sidewalk to the drive from the patio: 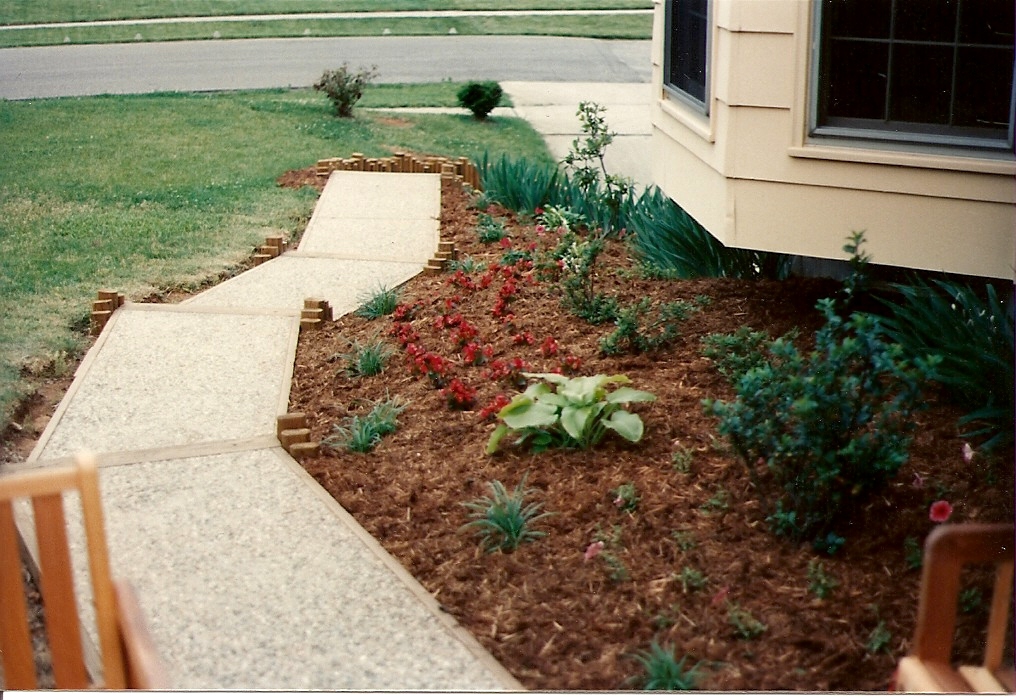 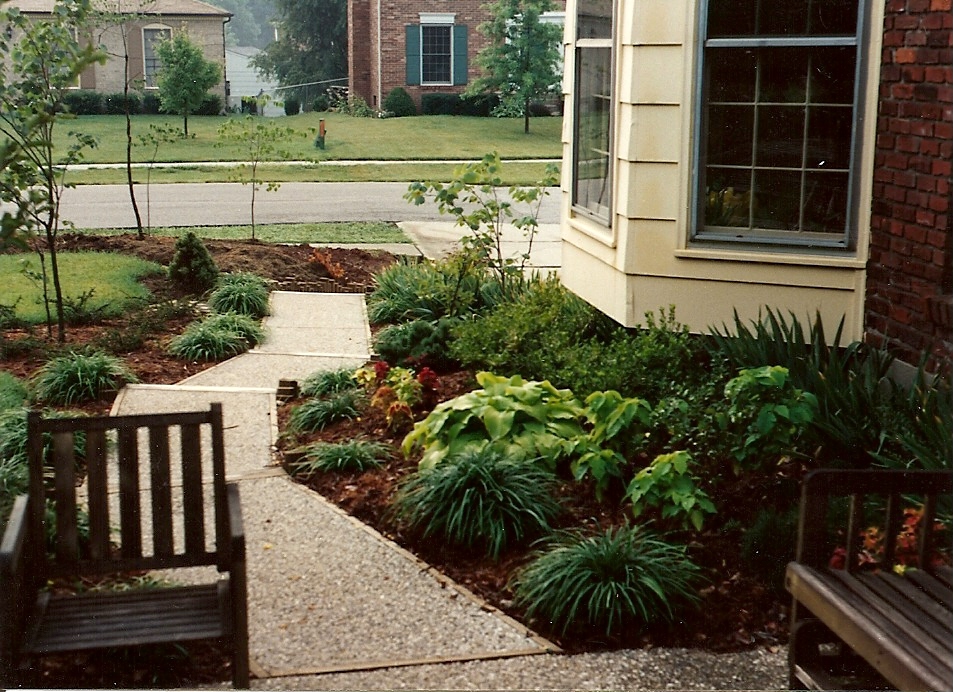 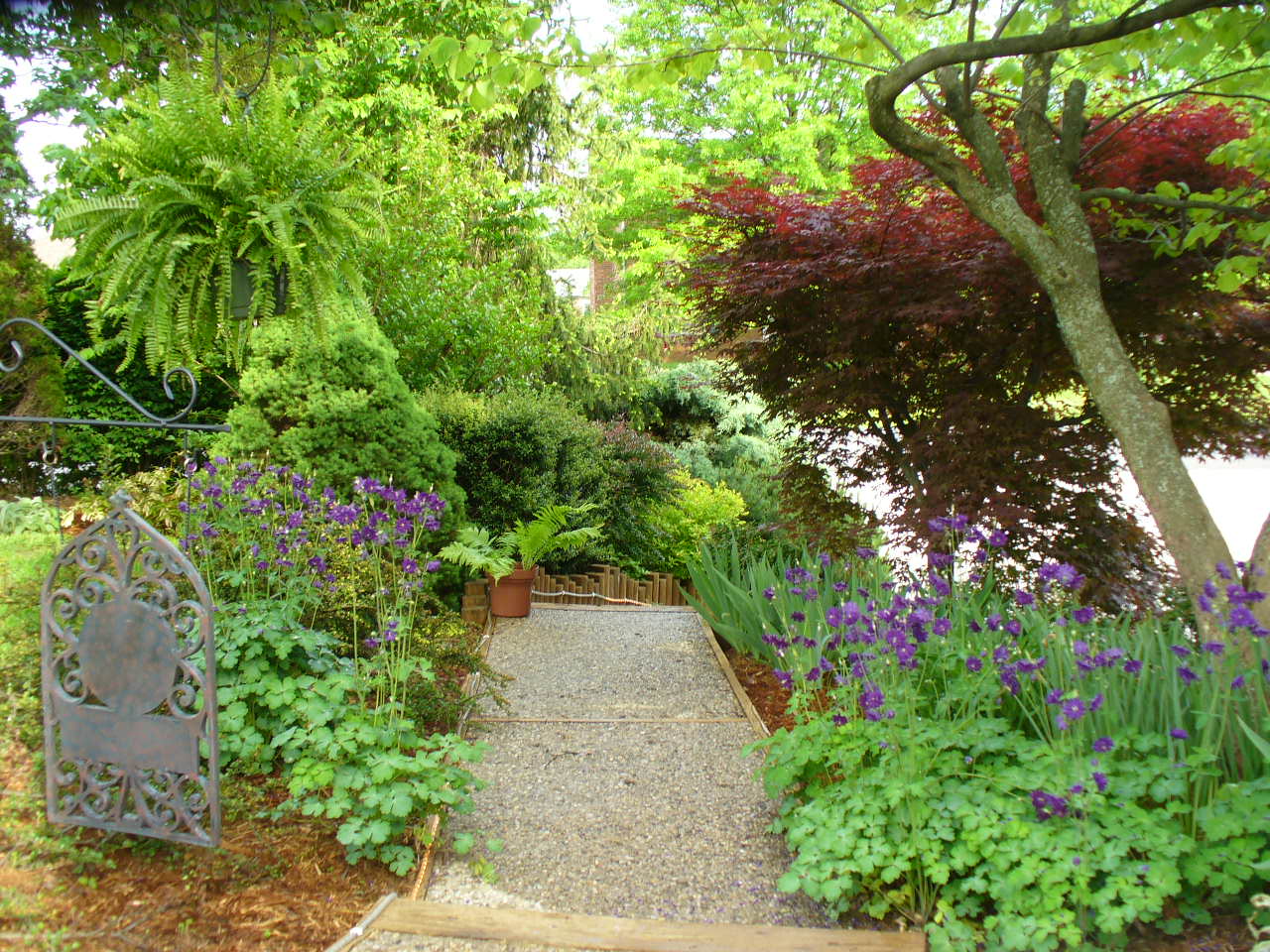 1990 – starting to do some landscaping around an existing apple tree: 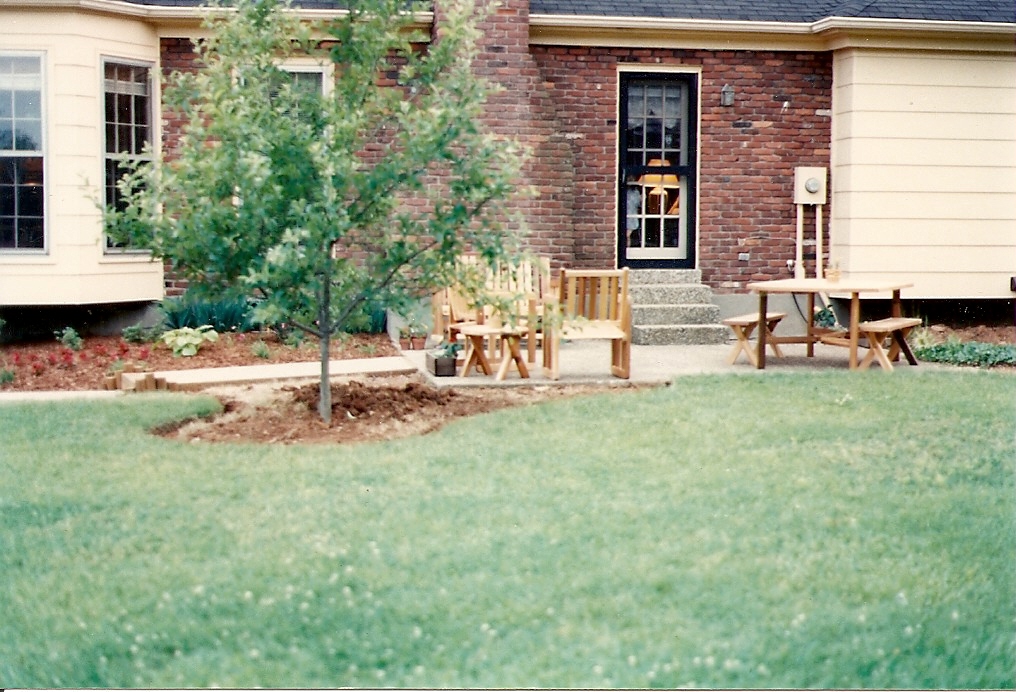 1994 – new, larger patio and broadened rear steps into the house: 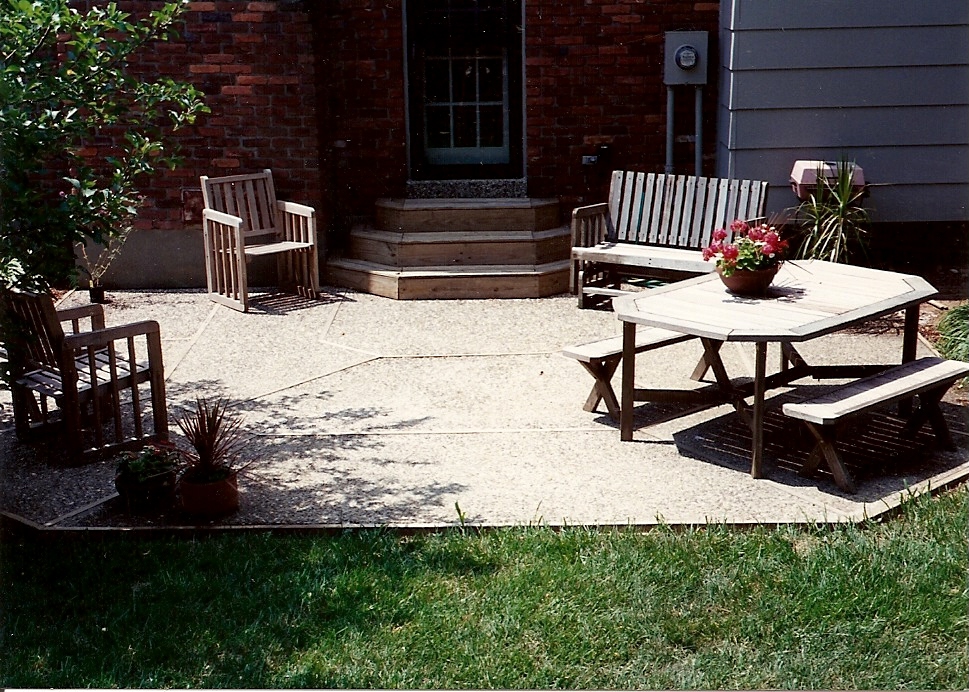 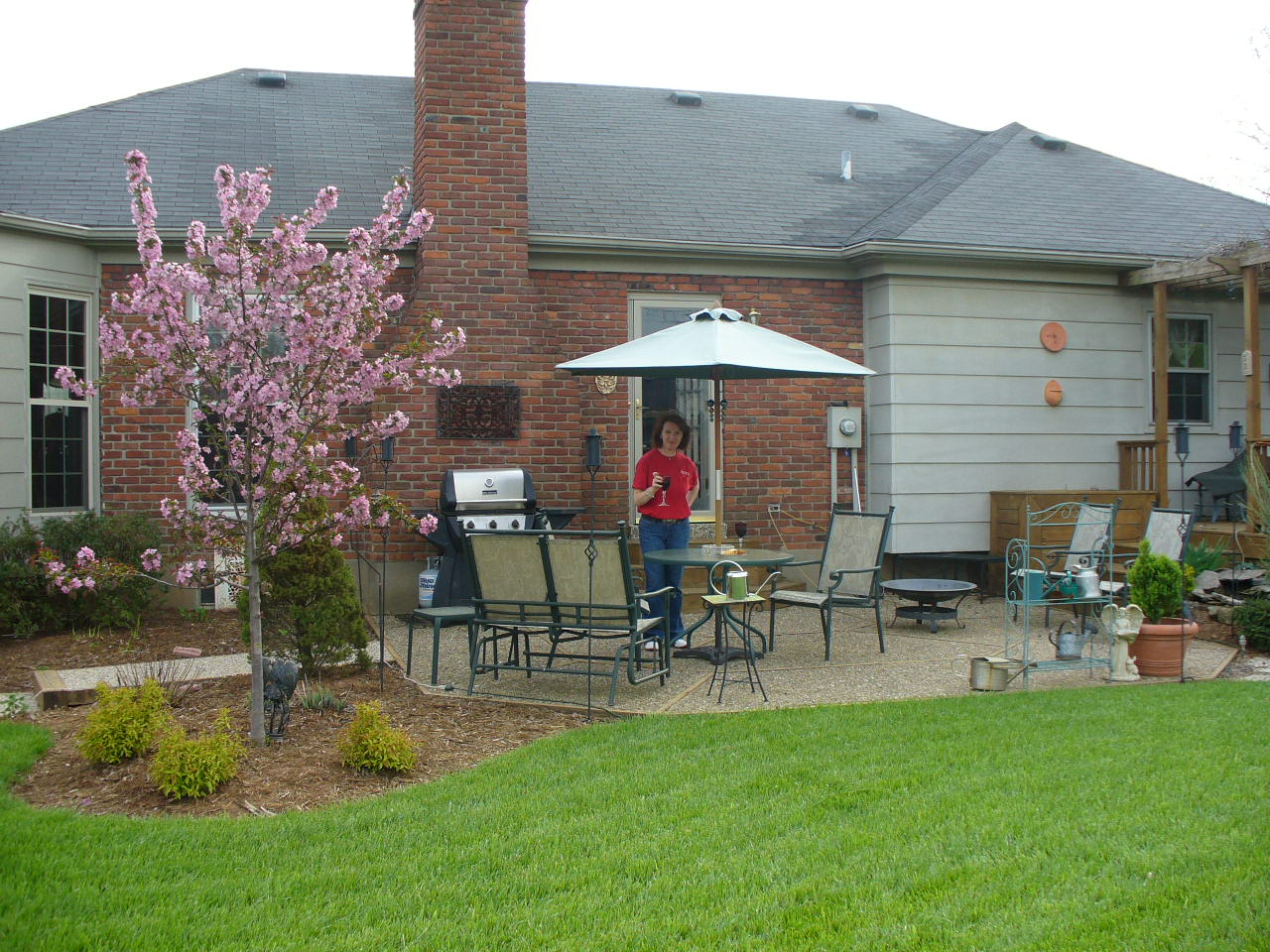 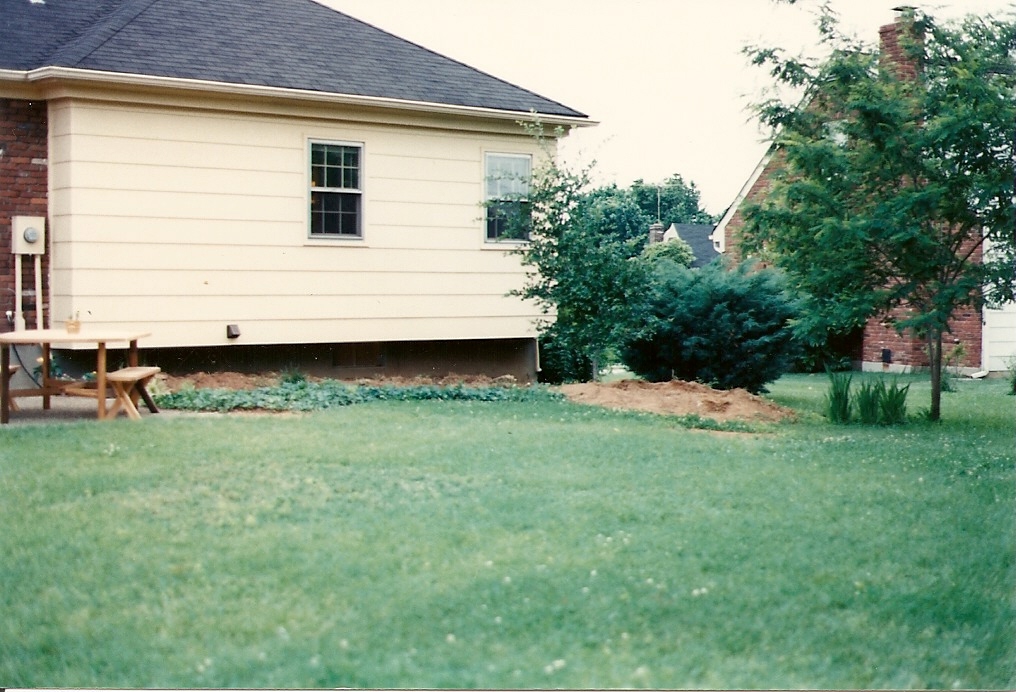 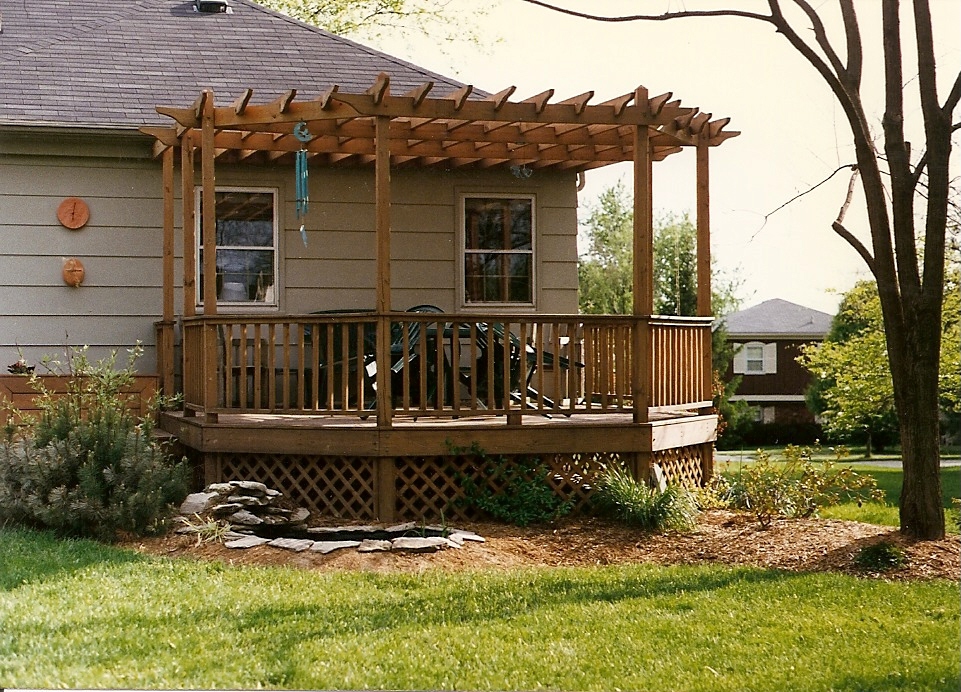 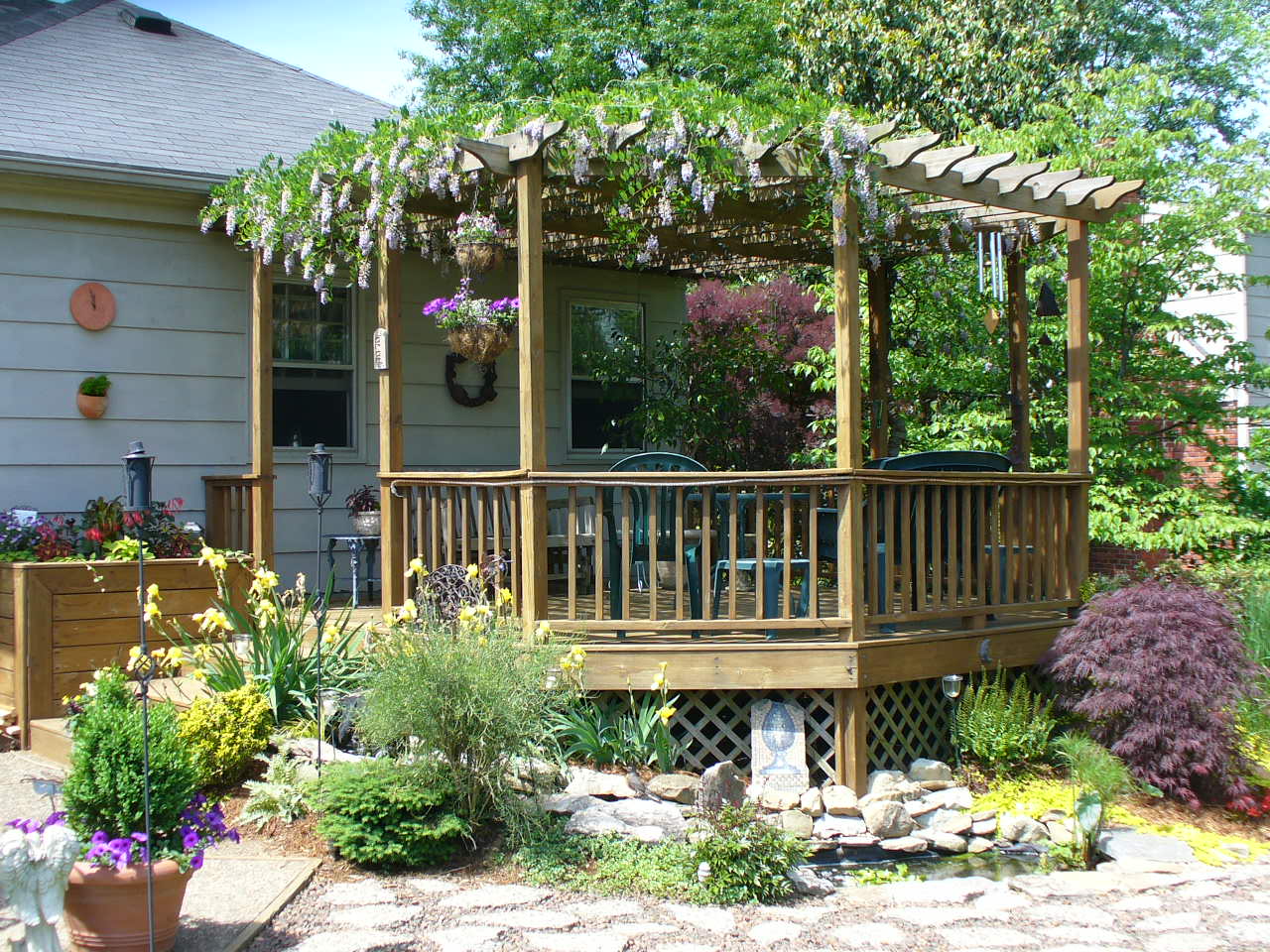 1995 – Create a walkway near the deck using the jack-hammered pieces of the old patio: 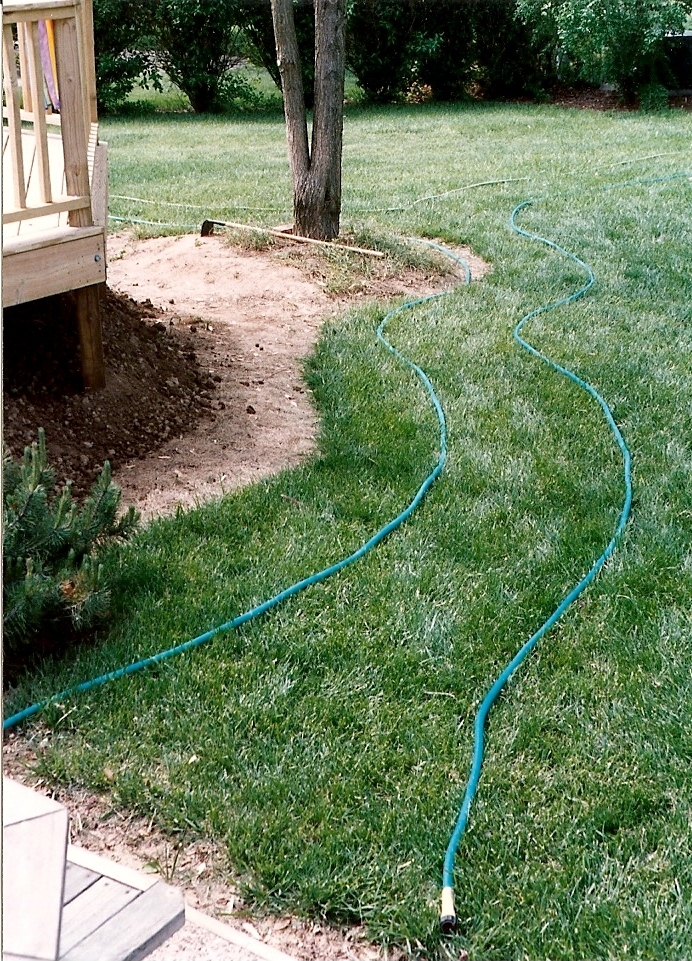 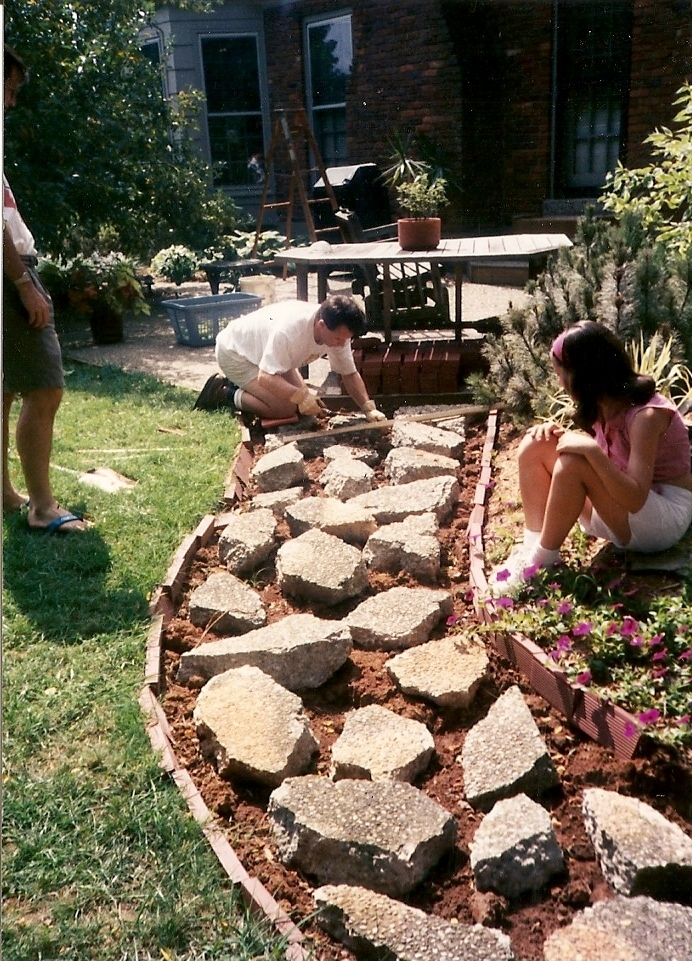 2008 – note the twisted Wysteria vines trained up on the pergola above the deck: 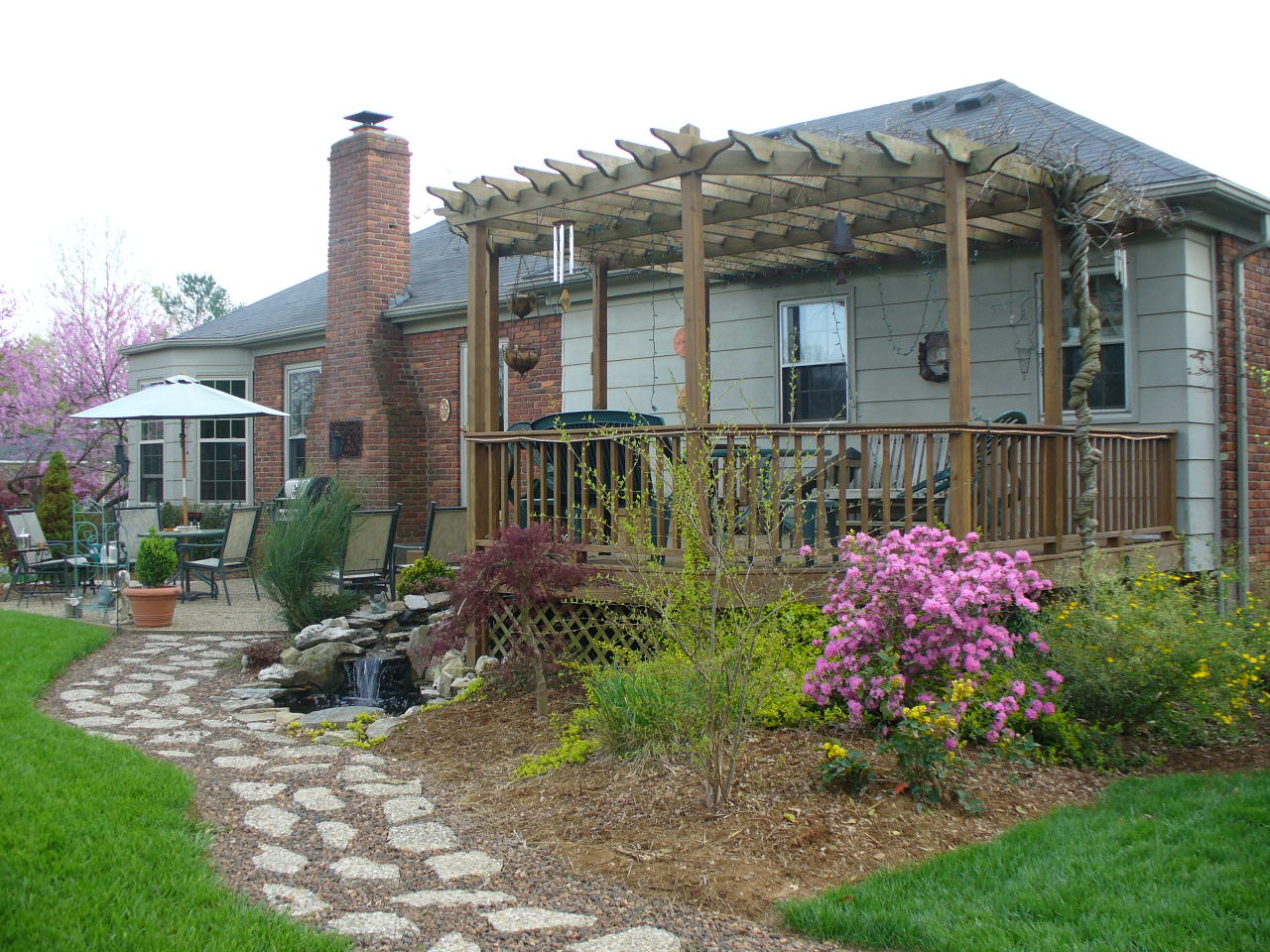 The small waterfall, stream and pond I built next to the deck:

2008 – We decided to limit the fish to Fantail Goldfish and to keep the number to something under ten: 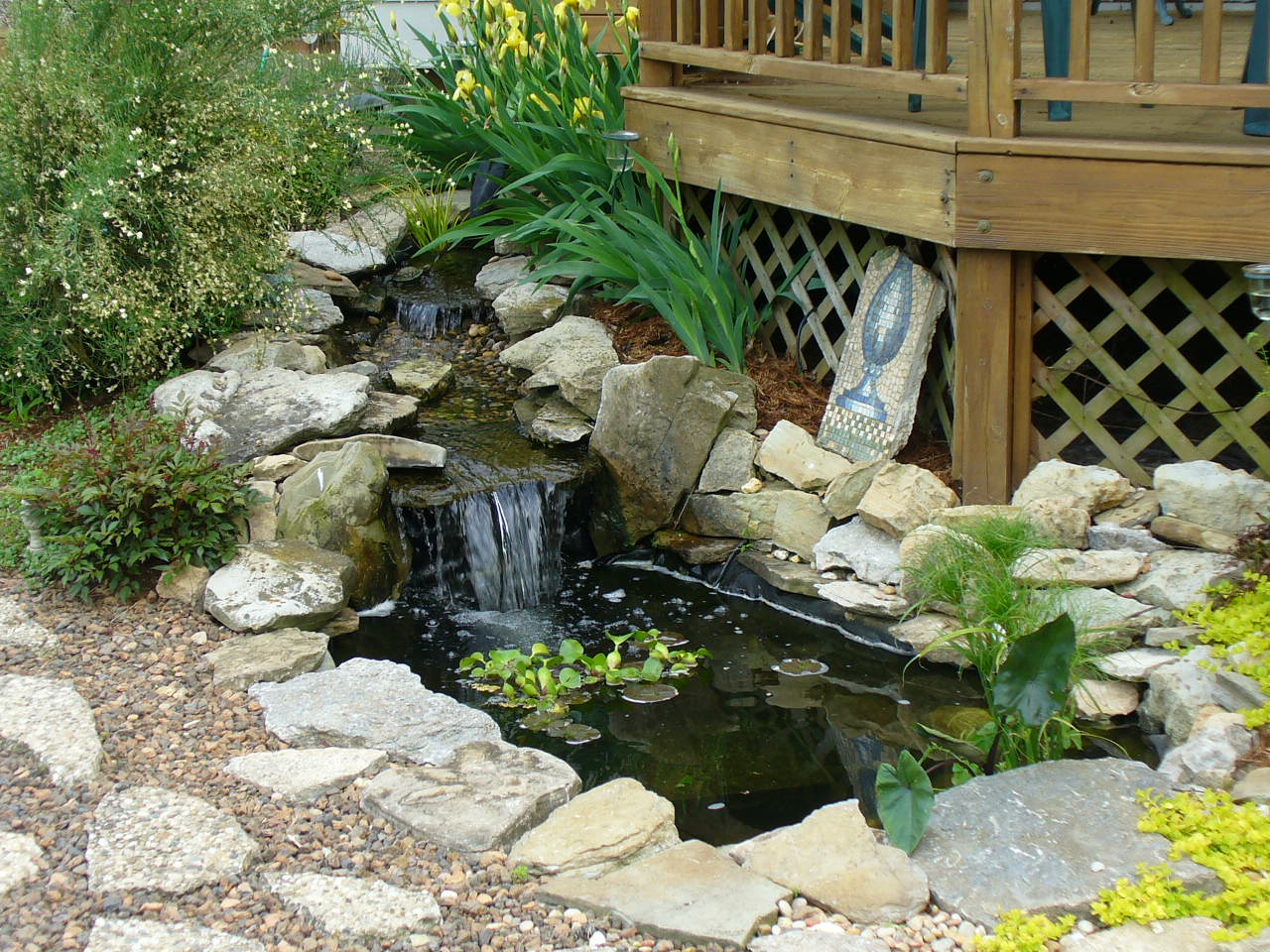 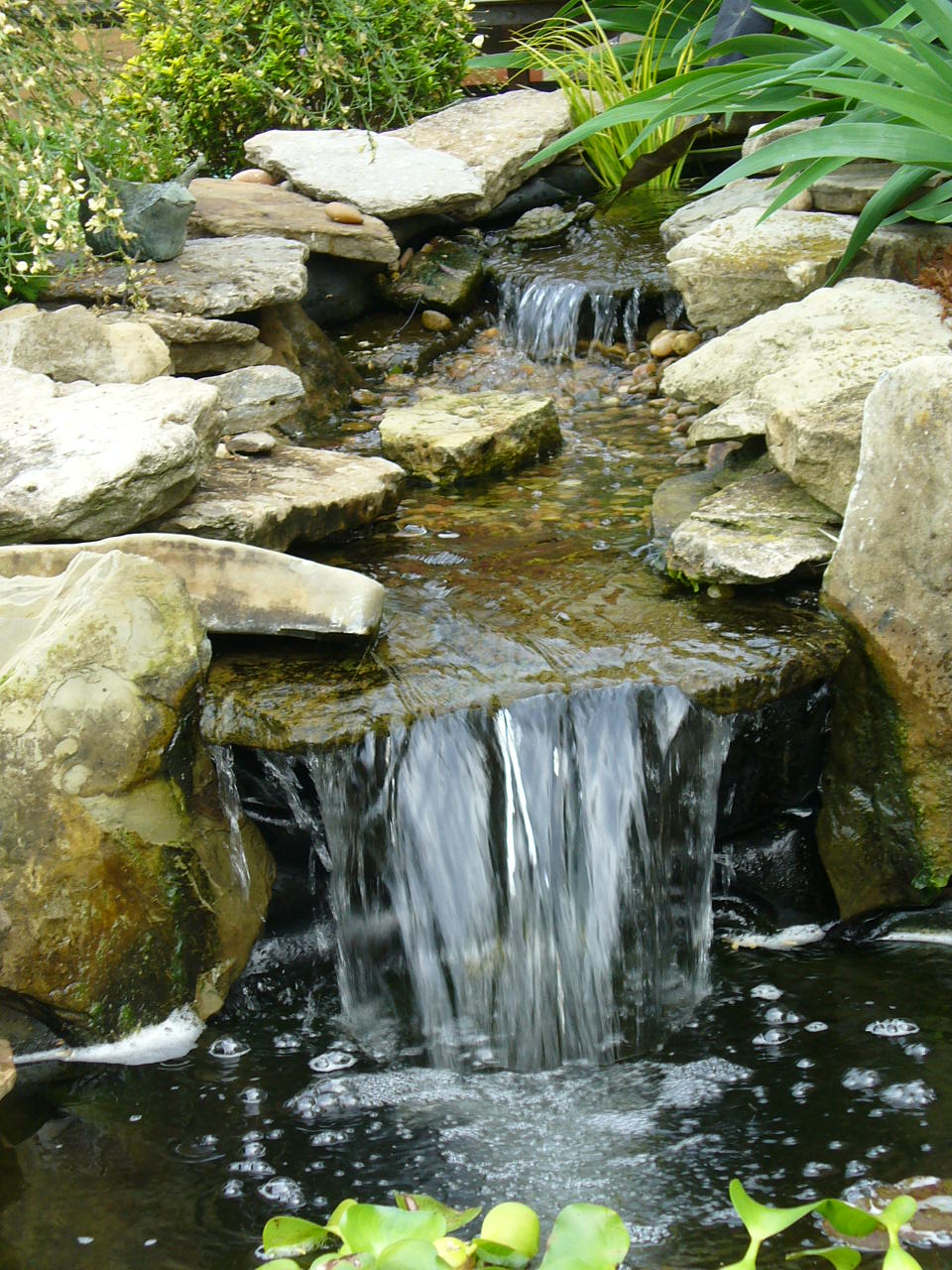 (All images by the Author: James L. Patterson)