One of my favorite places in the world is the Biltmore Estate in Asheville, North Carolina.  It was built by George Washington Vanderbilt II, grandson of Cornelius “The Commodore” Vanderbilt. Completed and opened to friends and family during Christmas 1895, it’s the largest private residence in the United States, and is still owned by descendants of the family. 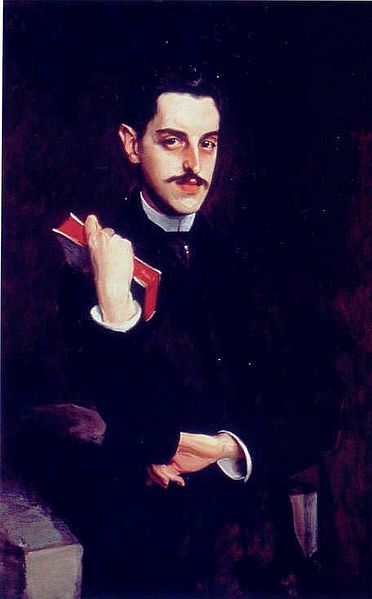 The “house” is a gorgeous châteauesque-styled mansion designed by Richard Morris Hunt on gloriously landscaped grounds designed by Frederick Law Olmstead.  Originally more than 125,000 acres and encompassing Mount Pisqah, the estate is now down to about 8,000 acres.

The three mile approach road, mansion, formal gardens and grounds are absolutely breathtaking and one has to pause in awe-and-wonder as to how such a magnificent and grand estate could possibly be located in the North Carolina countryside.  Arriving at the house proper you feel as though you’re on the grounds of a fantastic French chateau.

George was a consummate autodidact, never attending college, yet pulled by a passion of intense reading and learning since his youth.  According to a journal he kept, between 1875 and his untimely death in 1914 he read 3,159 books – an average of 81 per year.

George’s passion was the pursuit of knowledge, learning and appreciation for the arts.  With the help of Richard Morris Hunt, he built this library as a testament to that passion.  The room houses about 10,000 of George Vanderbilt’s 23,000 volume collection.  The rest of the books are throughout the house and in storage.  He was known to read up to eight languages (as well as translating Sanskrit and Hebrew). Works in the collection date all the way back to 1561.

The incredible ceiling painting titled “The Chariots of Aurora” by Giovanni Pellegrini was obtained from the Palazzo Pisani (now the Conservatorio di Musica B. Marcello) in Venice, Italy. The sculptor Karl Bitter executed the wood mantle and andiron sculptures for the fireplace.

The second floor balcony of the library is accessed via a gorgeous spiral staircase.  To get from one side of the balcony to the other you have to pass behind the fireplace through secret doors above the mantle.

During the tour of the spectacular home, you’re only allowed into a small portion of the library near its entrance; the rest is roped off.  Still . . . it’s incredibly awe-inspiring!.  Every time I enter it from the Tapestry Gallery my soul is energized by the design, architecture and the wealth of knowledge and beauty on its shelves.

I yearn to peruse the library for hours, days and months; pulling volumes from the shelves and sitting in the rich sumptuousness of the room, reading, learning, absorbing, appreciating and succumbing to the treasures within.

Unfortunately you are not allowed to take photos of the interior during your tour, else I would share many.

Enjoy these images.  Thanks to all who choose to share your photos via Creative Commons!  You can also Google many other beautiful copyrighted images online.

This photo of Biltmore Estate is courtesy of TripAdvisor 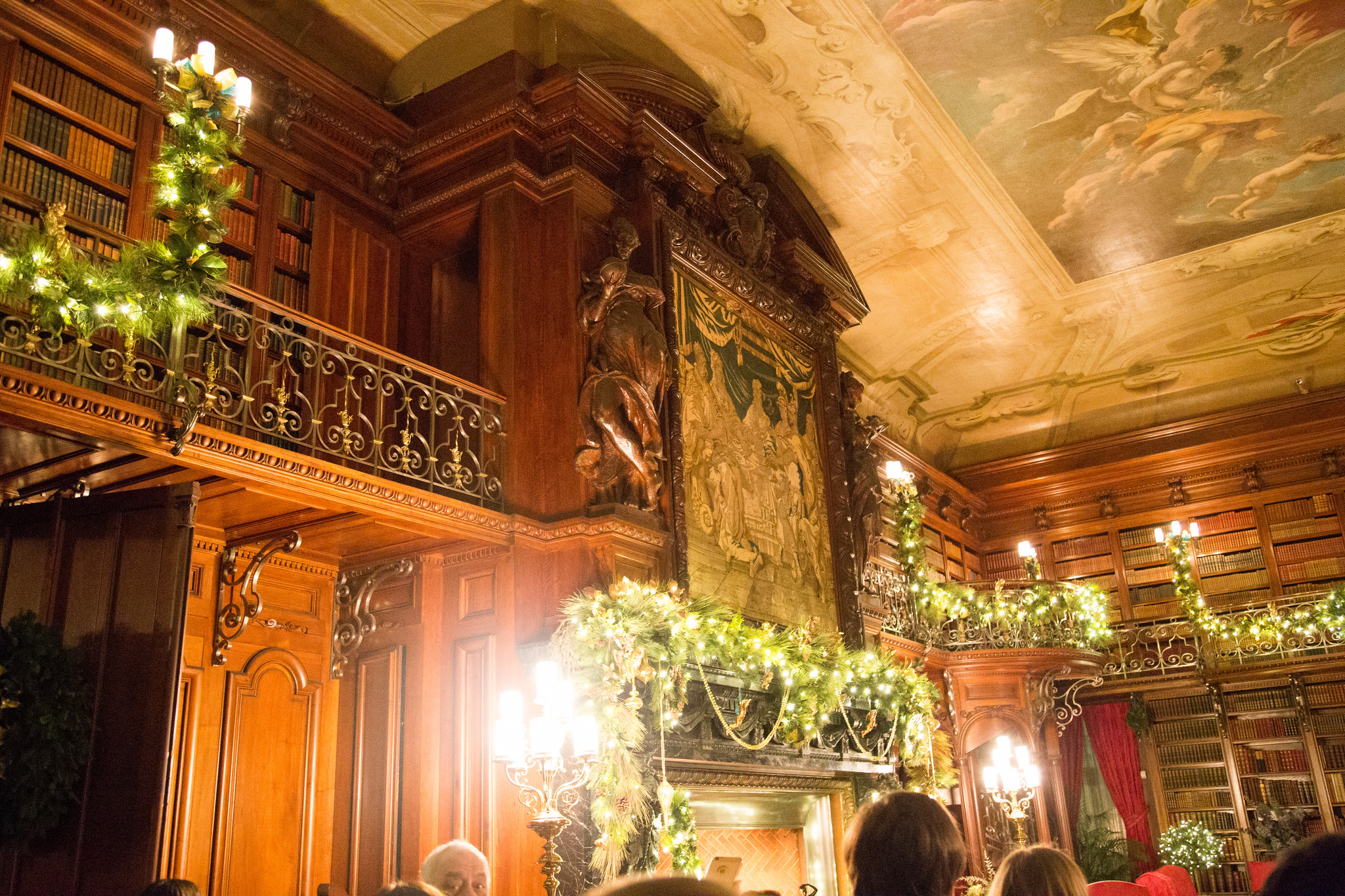 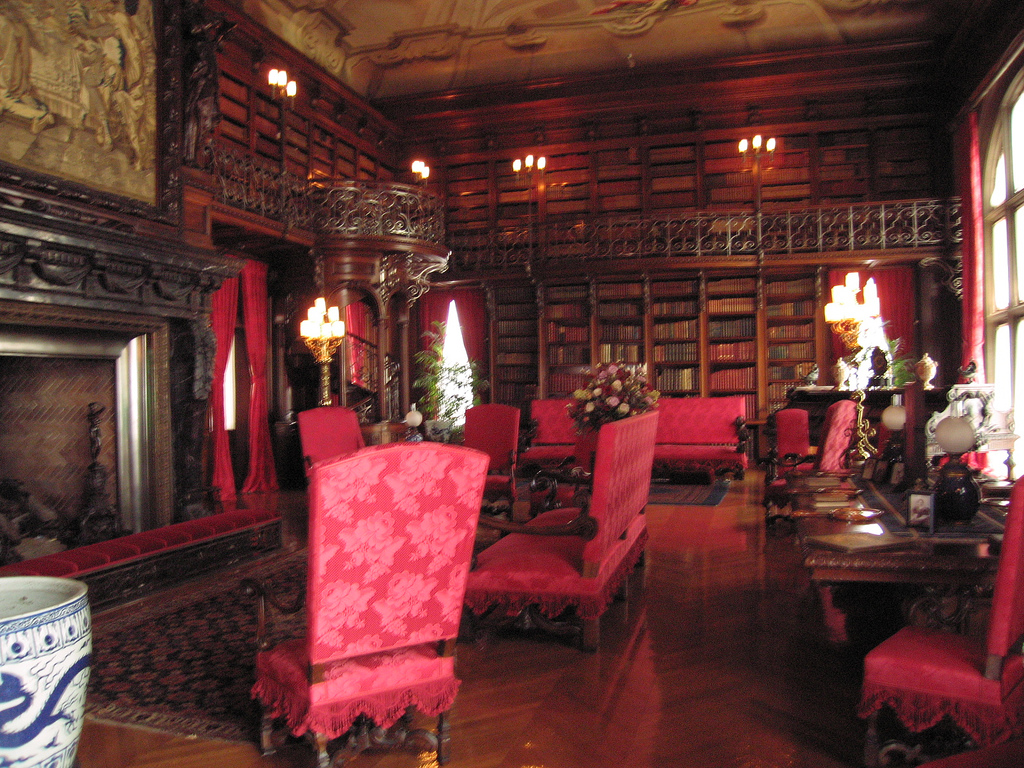 “Library inside Biltmore” by Chor Ip is licensed under CC BY SA 2.0 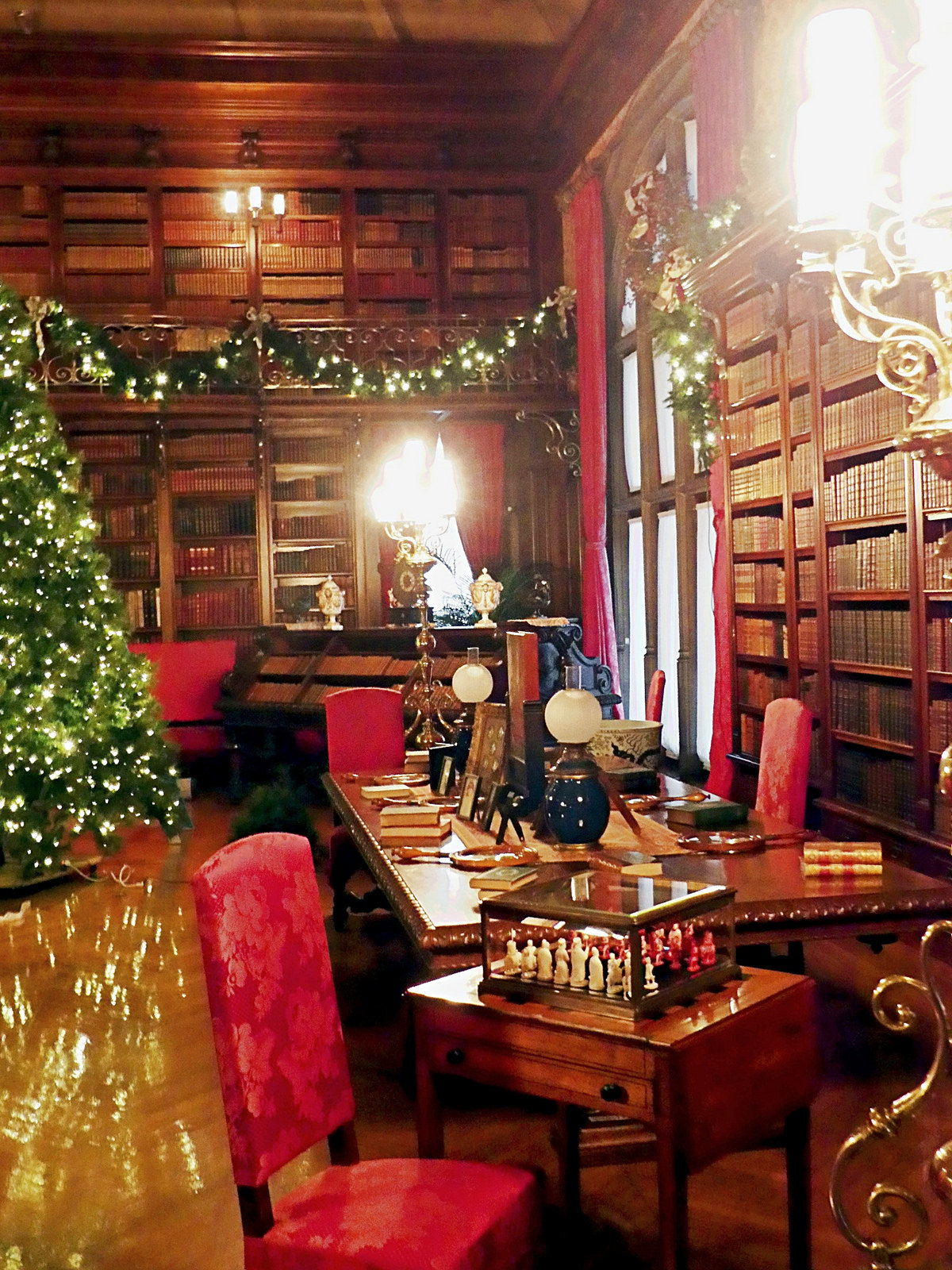 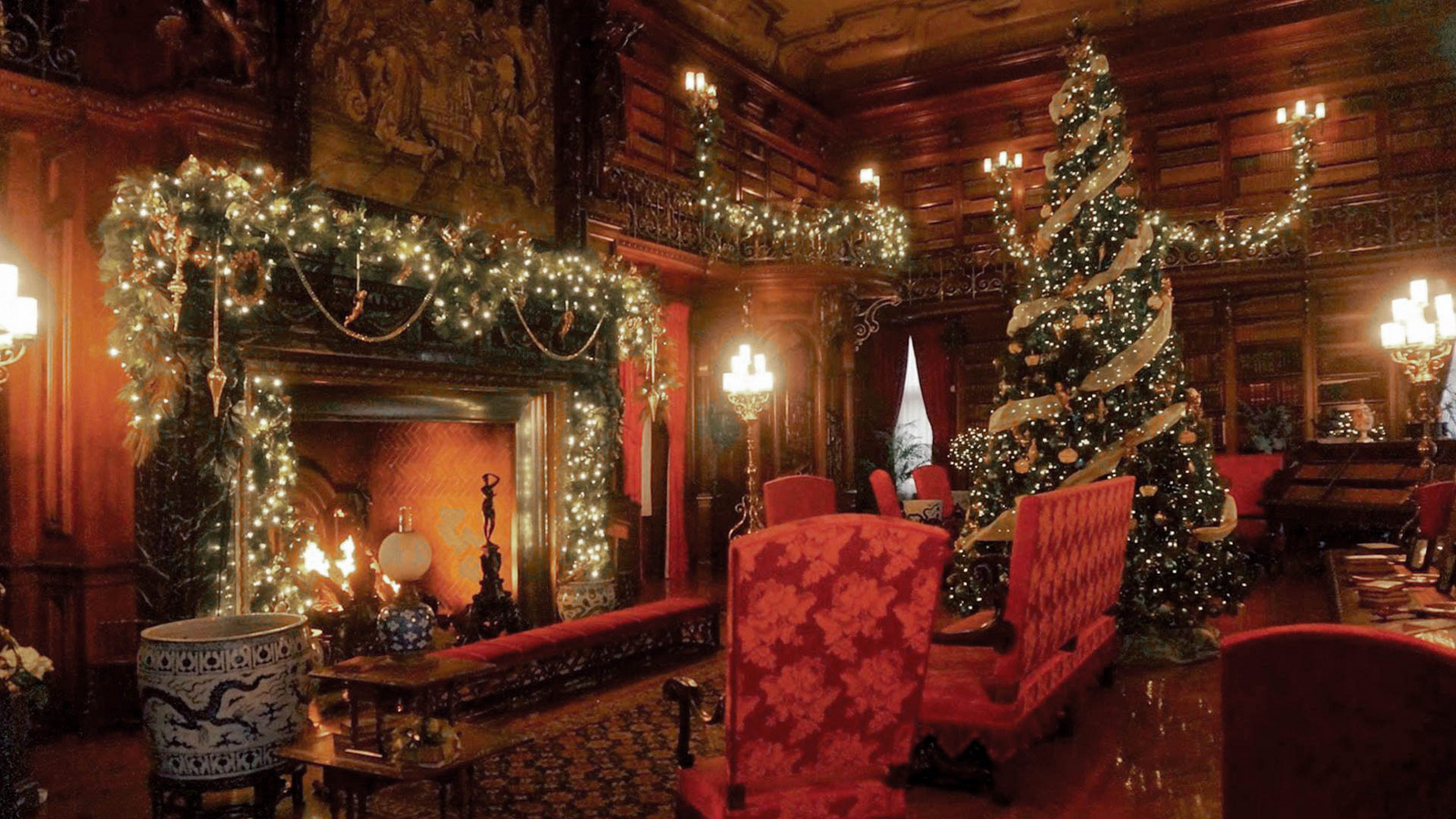 “Library at the Biltmore” by Erin Johnson is licensed under CC BY-NC 2.0 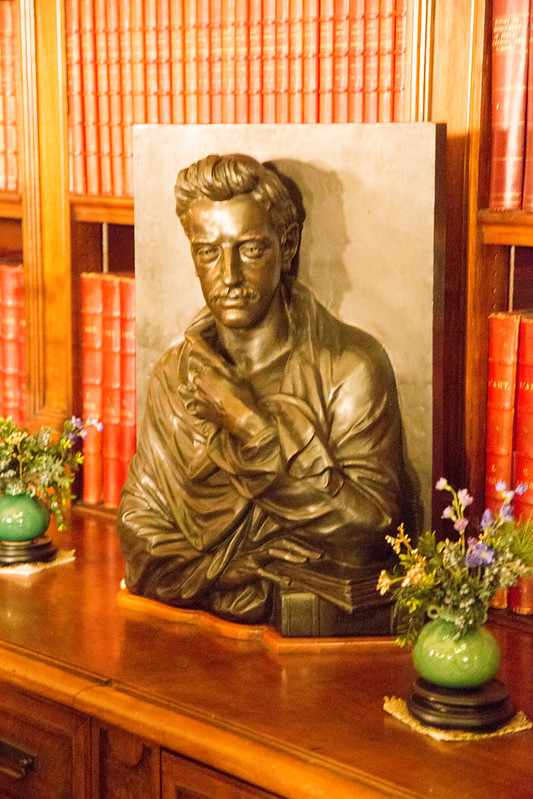 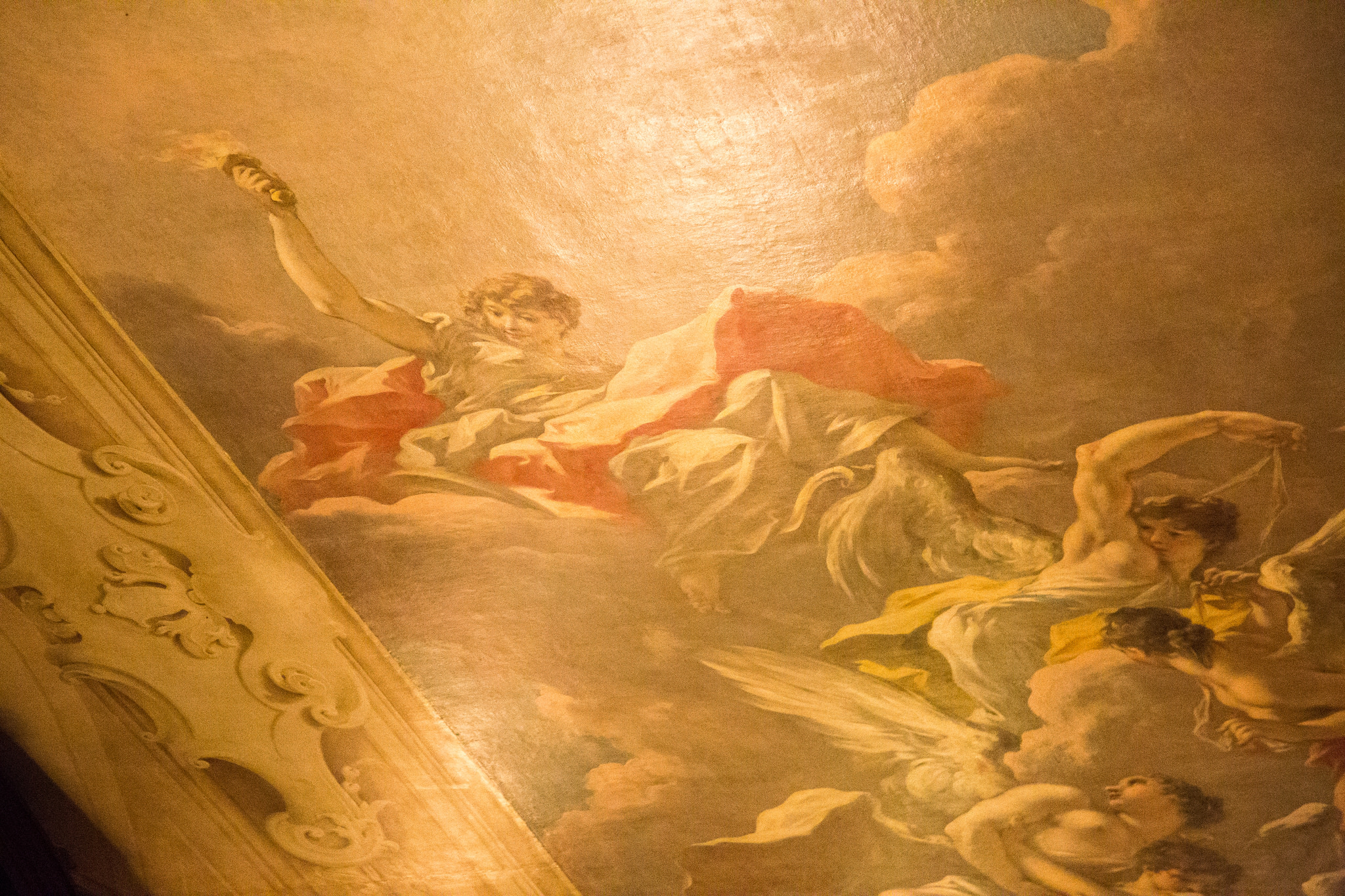 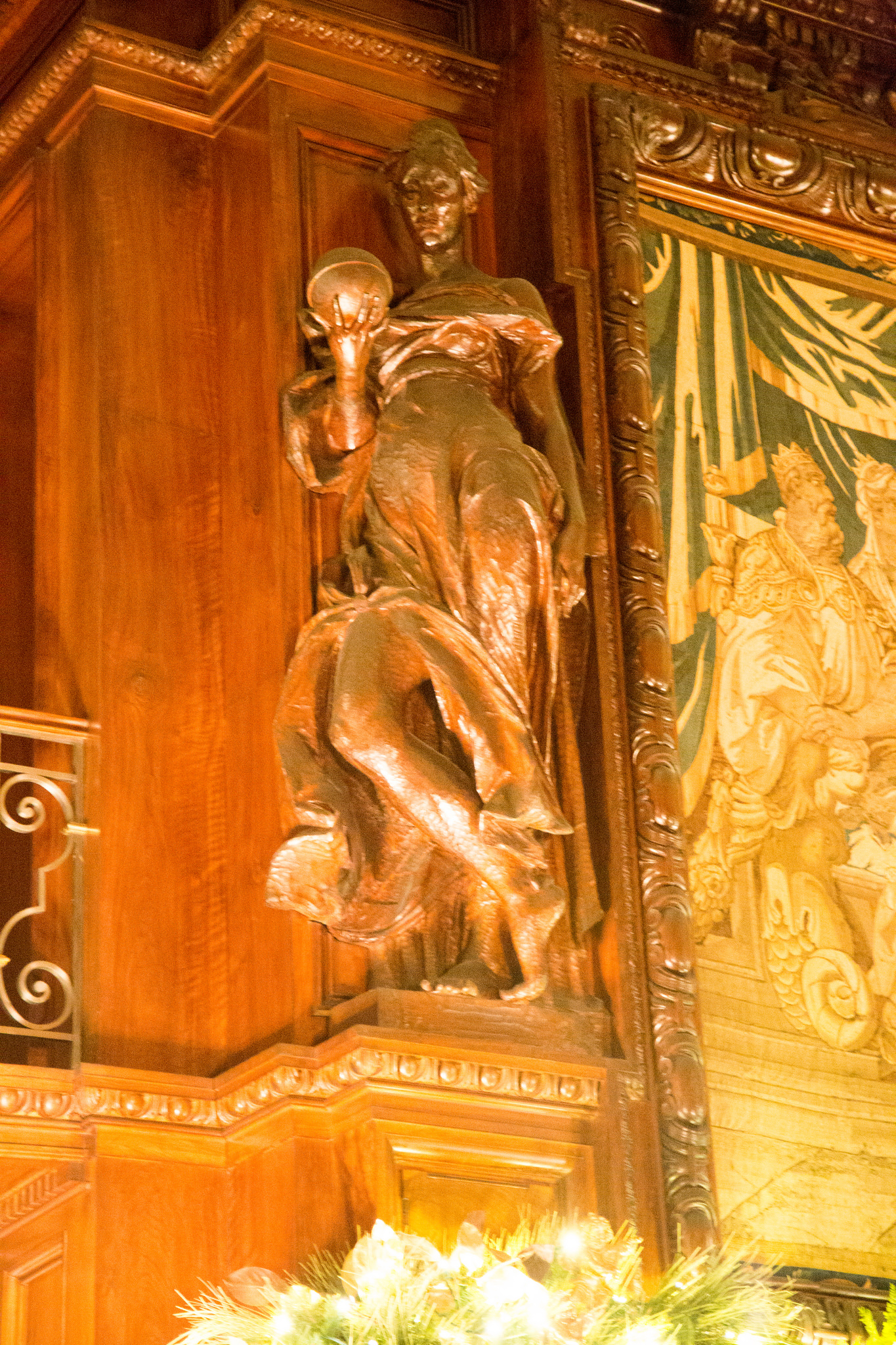 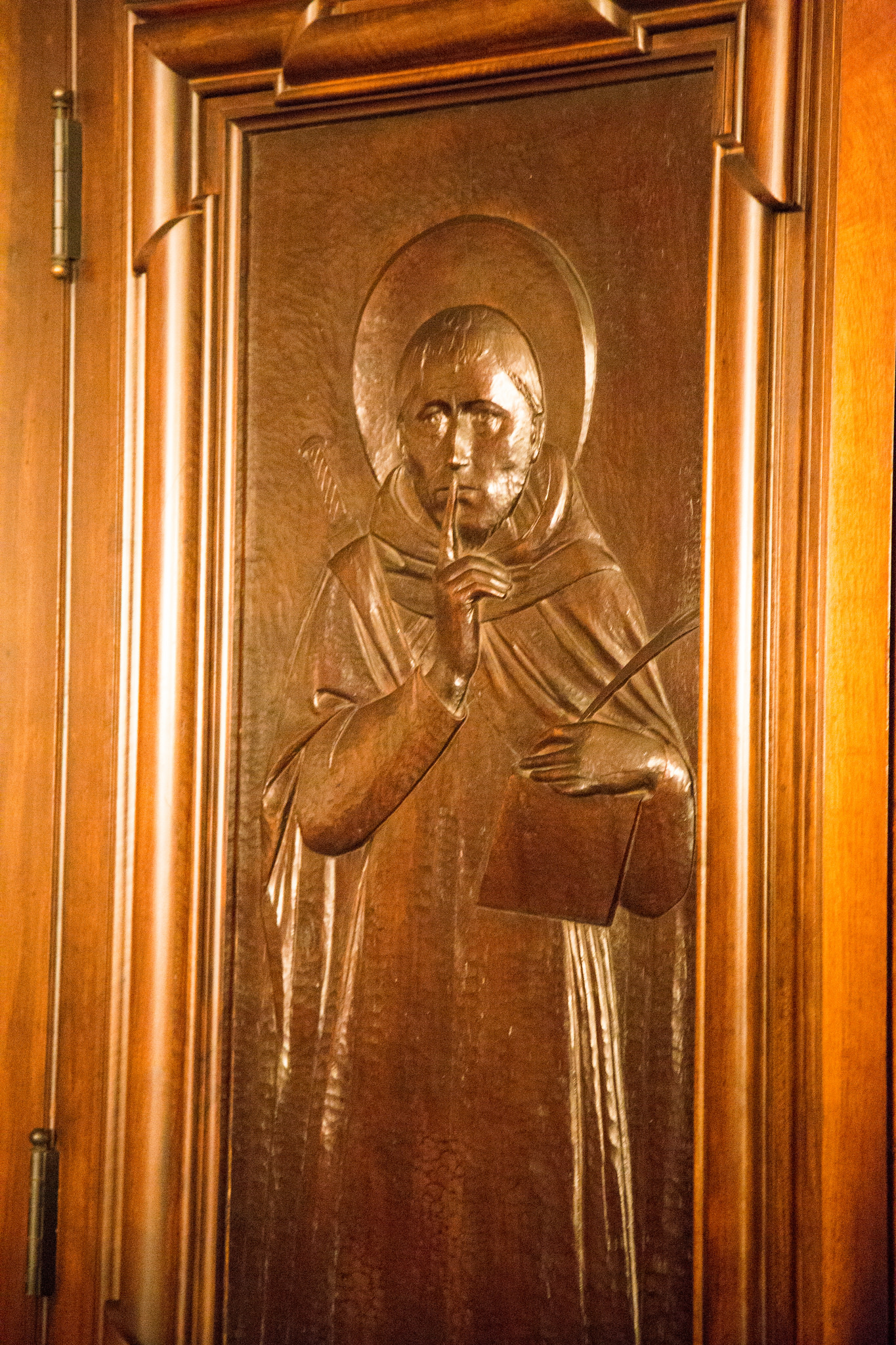 “2016 Biltmore Candlelight Christmas-35” by Hal McGee is licensed under CC BY-NC-SA 2.0
(doorway from the Library into the Den) 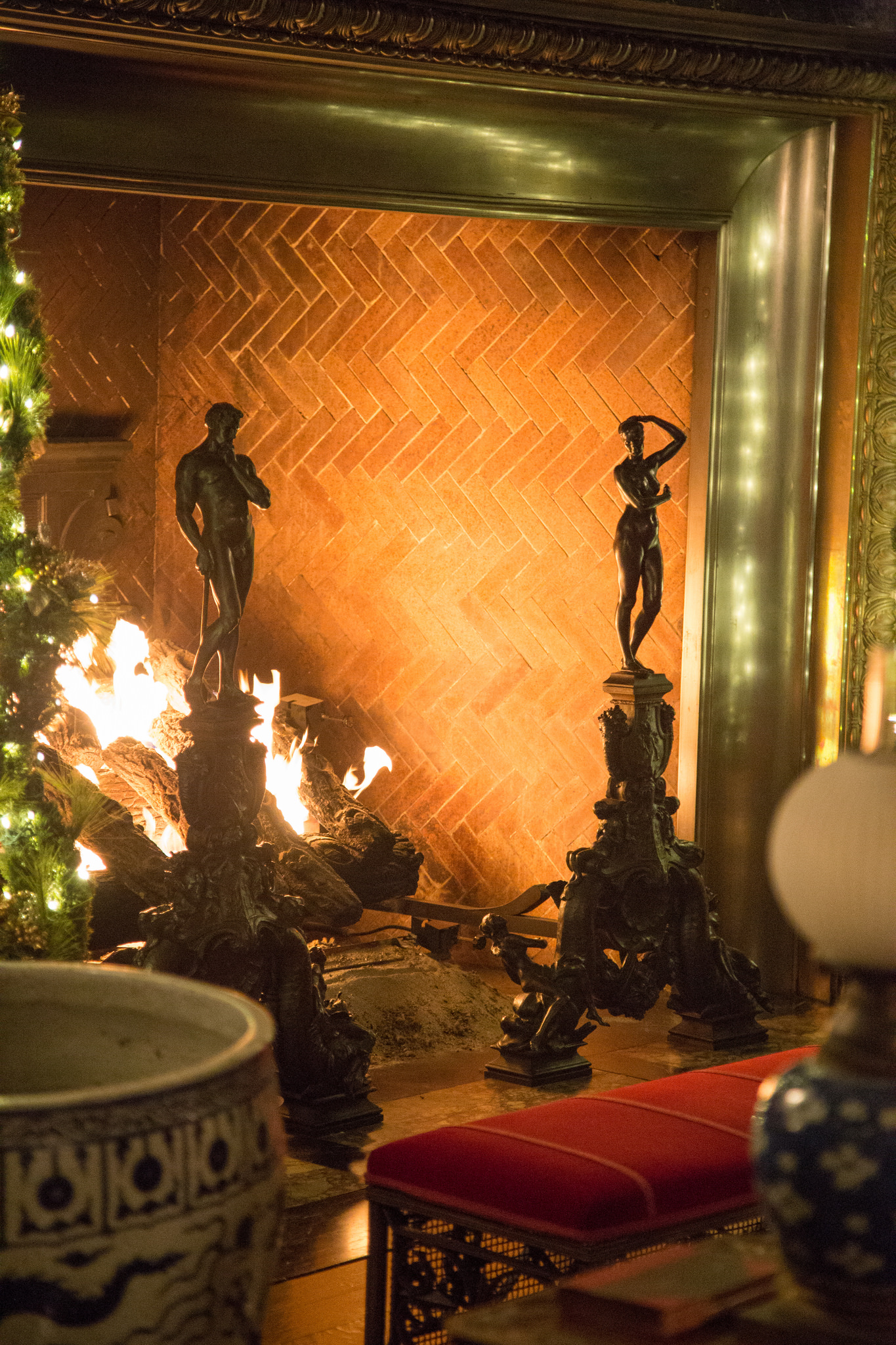 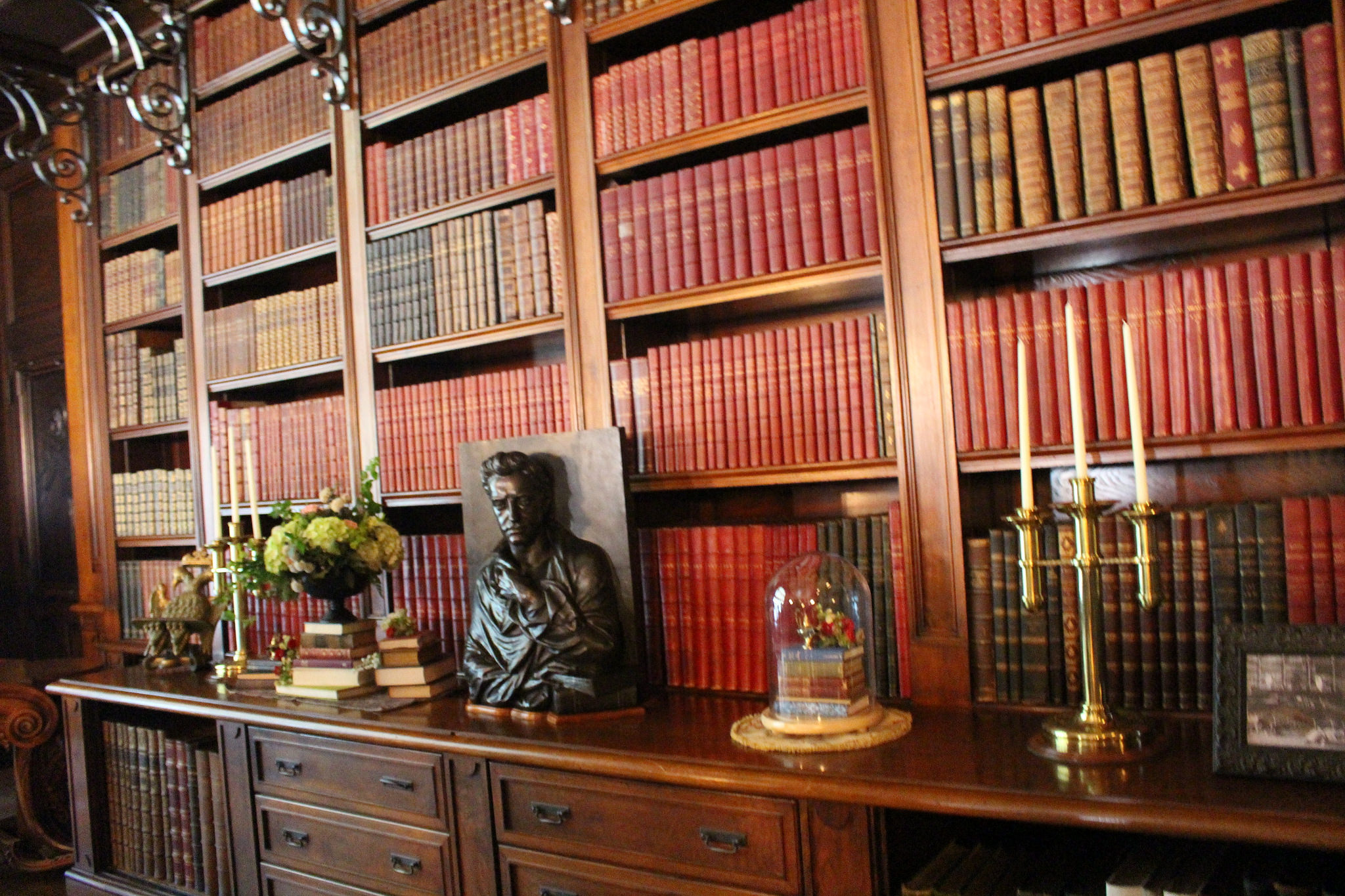 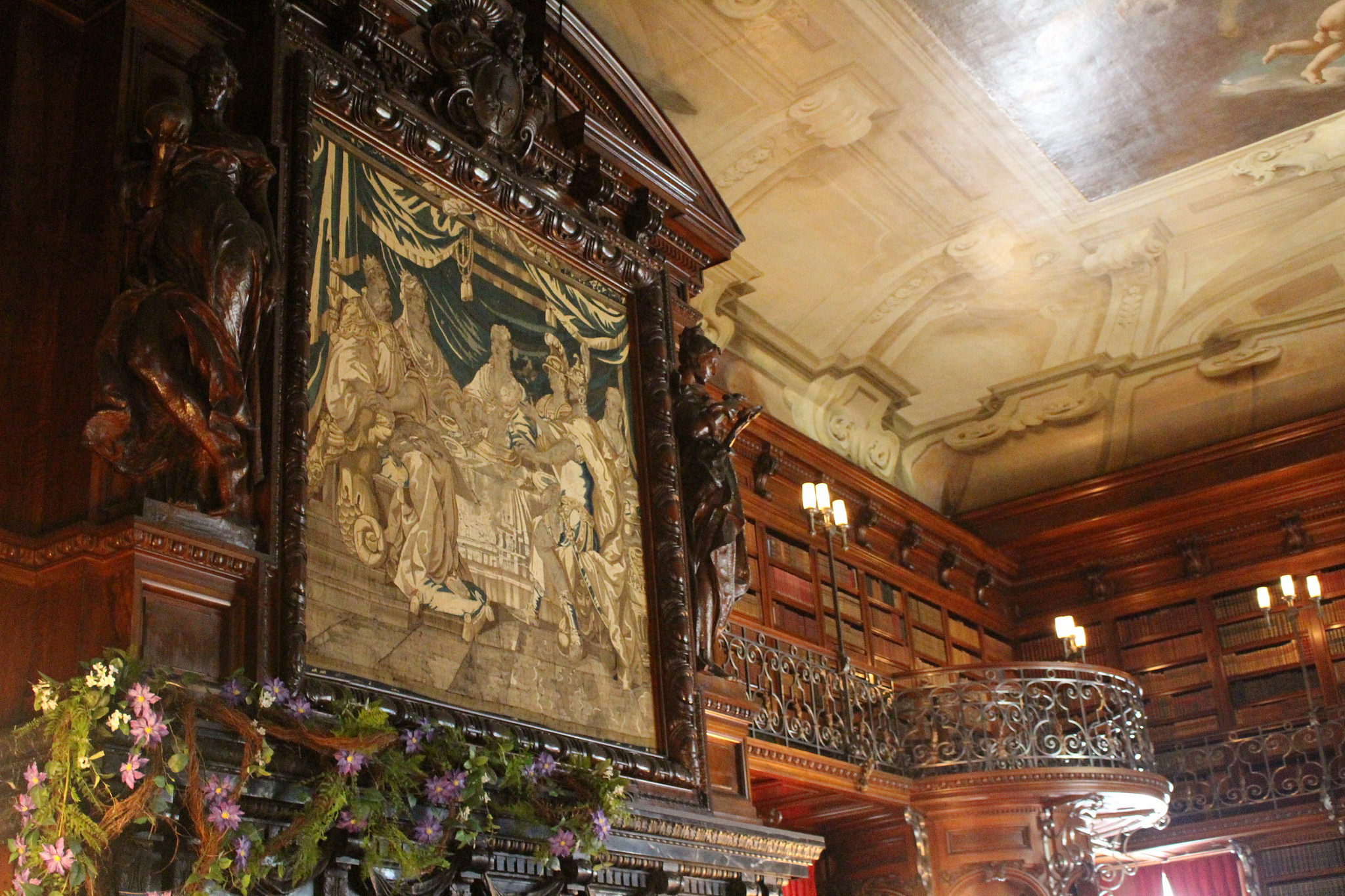