Sunday night January 20, 2019 we were treated to relatively clear skies in Louisville, KY for a total lunar eclipse.  I stepped outside into the frigid cold before midnight to have a look just prior to, and into the time of totality.  What a beautiful red hue this magical orb took on! It was called a “super blood wolf moon eclipse.”

I don’t yet have my recently-purchased (used) Meade LX200 Classic 10-inch telescope up and running.  Once I do, it will be able to track objects in the night sky which will allow nice photography. In its absence I was stuck with trying to shoot an image using my smartphone.  Yes, it’s a bit blurry, but you get the idea of what the full moon looked like that night: 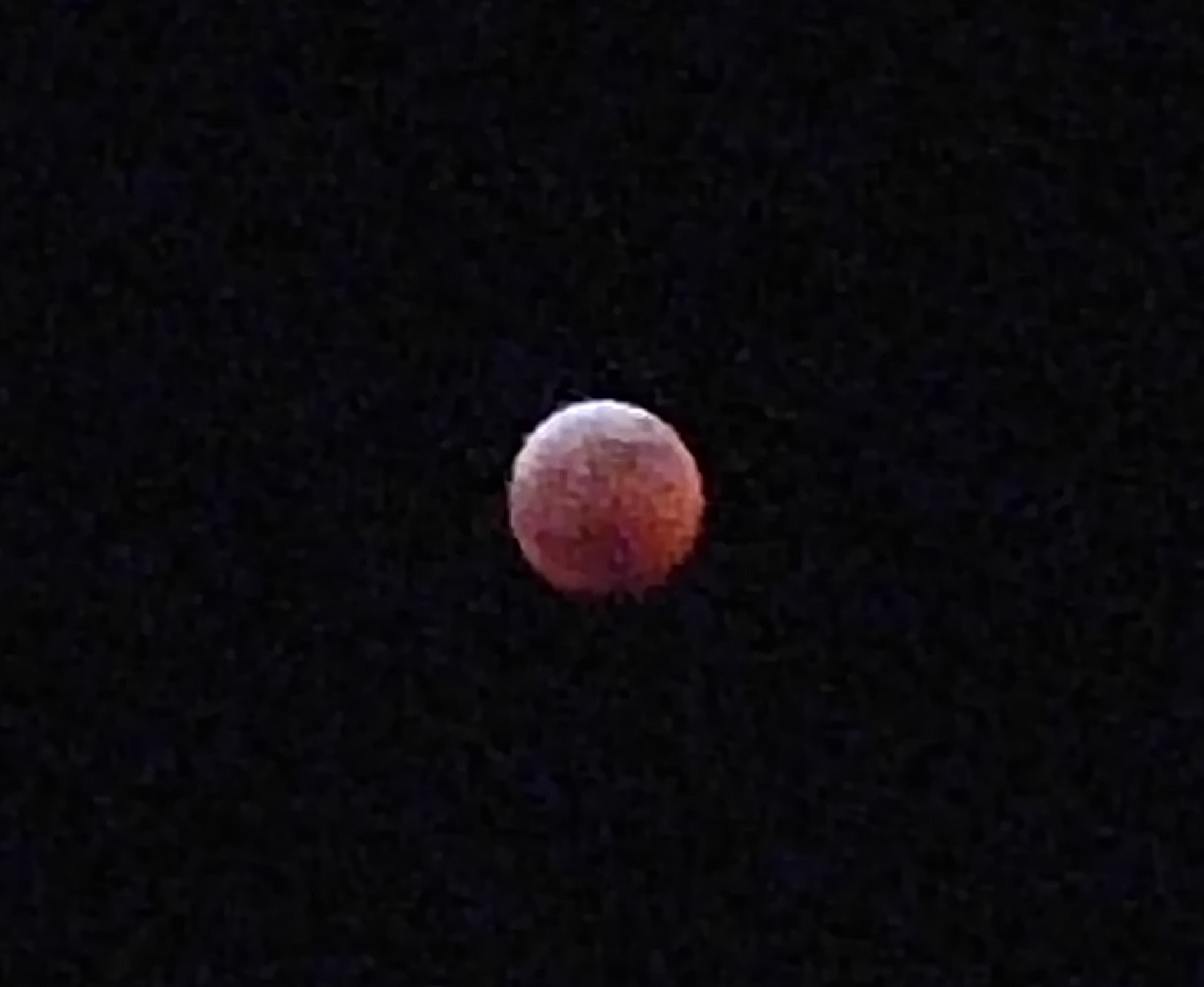 Standing in the driveway, alone in the cold, silence everywhere, no-one else around with enough interest to come out and look . . . it was a brief, romanticized adventure into the wonders of the cosmos. I love the awe-inspiring Universe!

Can’t wait to get full use of the computerized telescope with Go-To functionality.

How to see the ‘super blood wolf moon eclipse’ in the Louisville area – Courier-Journal.com