Since I just posted about this week’s Lunar Eclipse, I may as well also post about our 2017 Total Solar Eclipse experience. The United States was treated to a rare opportunity to see a total solar eclipse as it traveled across the continent on August 21, 2017. I promised myself when I was a kid while watching the 1970 eclipse on TV, that I would make a point of directly experiencing the totality of the next one in 2017.

The path is noted here: 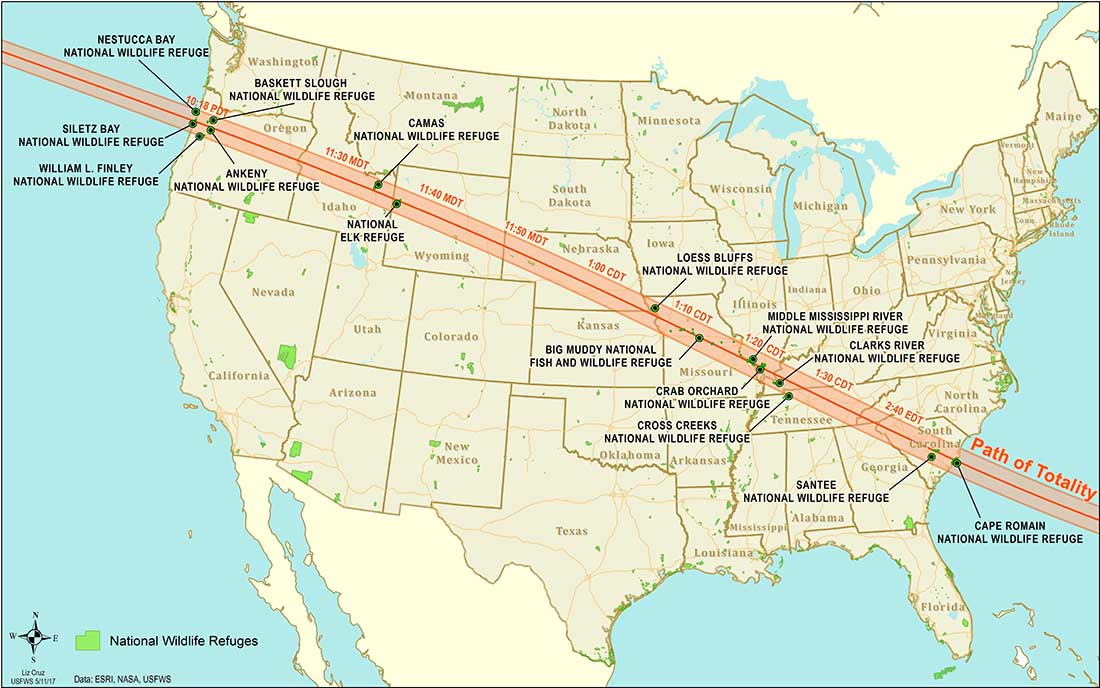 Since the path was so close to us here in Kentucky, I decided to book a hotel room nine months before the event. I wanted to find something in Hopkinsville, KY where the maximum totality on the continent would be experienced. Even with very little media press nearly a year ahead of the eclipse, all hotel rooms in Hopkinsville were already booked. Amazing. I found a hotel nearby in Clarksville, TN which was still in the path of totality for a duration of 2-1/2 minutes.

My wife Debbie, brother Steve and his wife Amanda took the trip. I also took along my 6-inch Celestron Dobsonian telescope with solar filter. It’s not proper equipment for solar eclipse photography (which I don’t own), but it would help get a closer view of the impending totality as the moon slowly crept across the solar disk.

We arrived the day before and spent a little time wandering around Hopkinsville (aka Eclipseville): 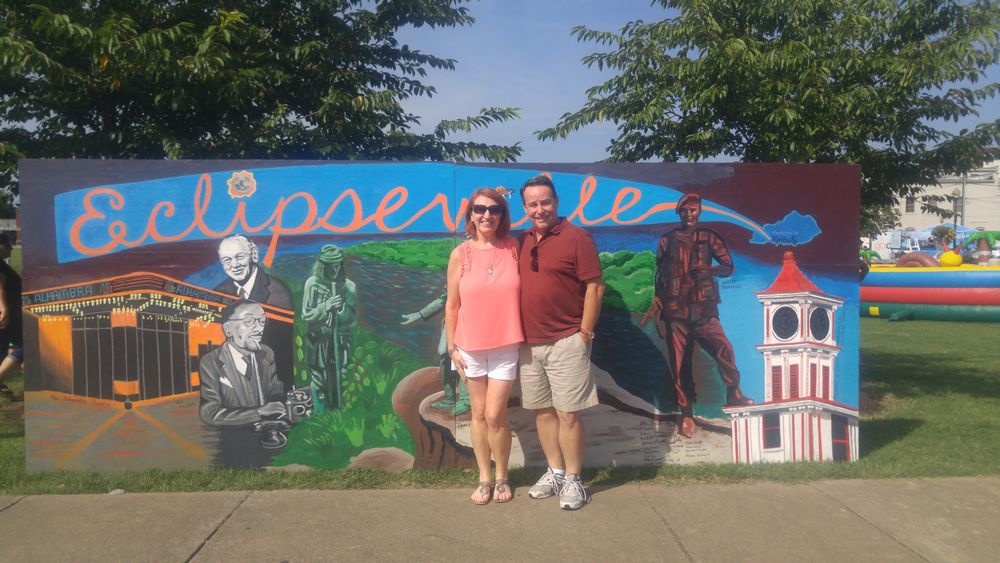 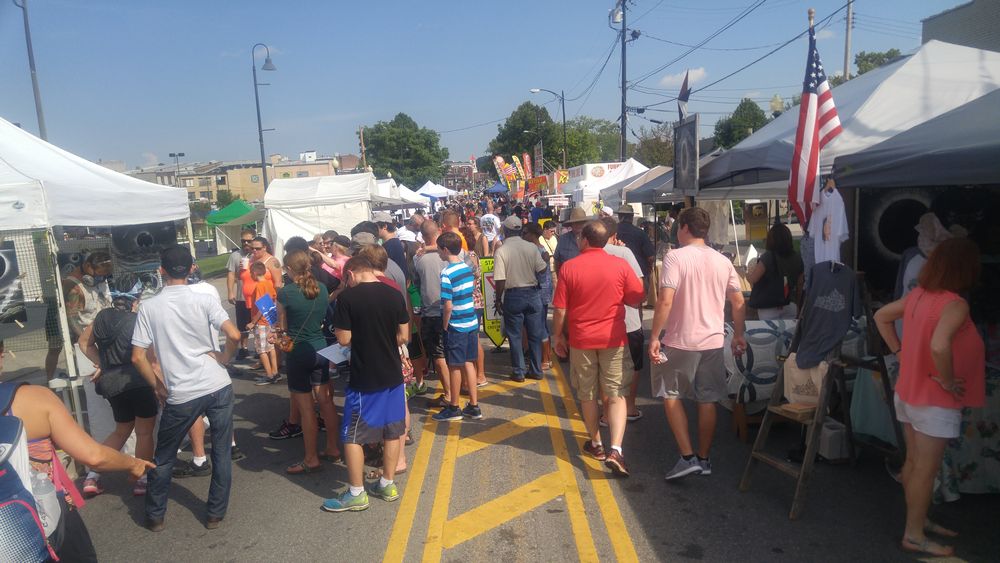 After spending the night in Clarksville, we decided to stay there in the hotel parking lot rather than try to drive up towards the insanity in Hopkinsville. Our hotel owners were very pleasant and had no problem with us hanging around, so we set-up for picnicking and refreshments under the shade: 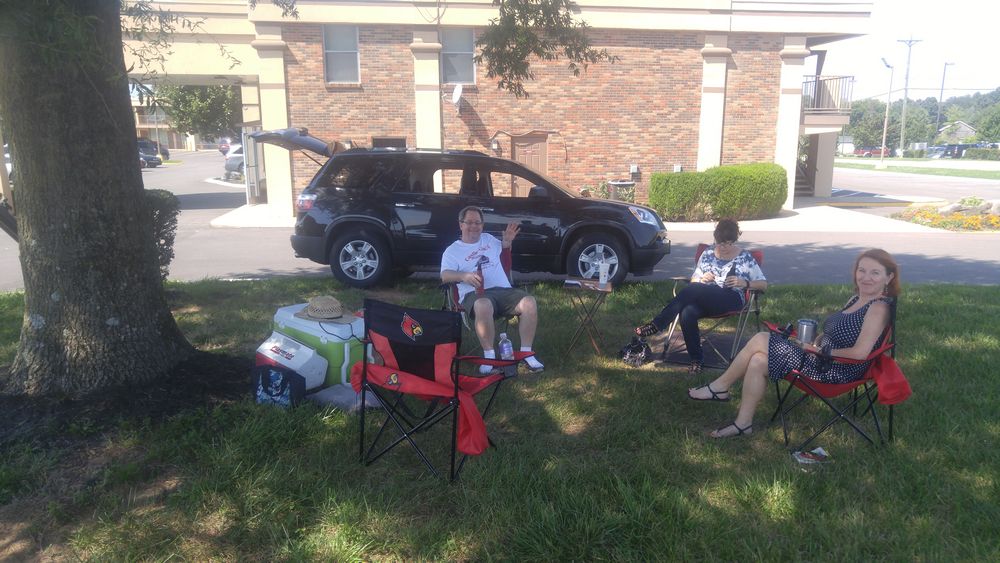 We set-up the telescope with its filter, donned our solar eclipse glasses and waited for the moon to start covering the sun: 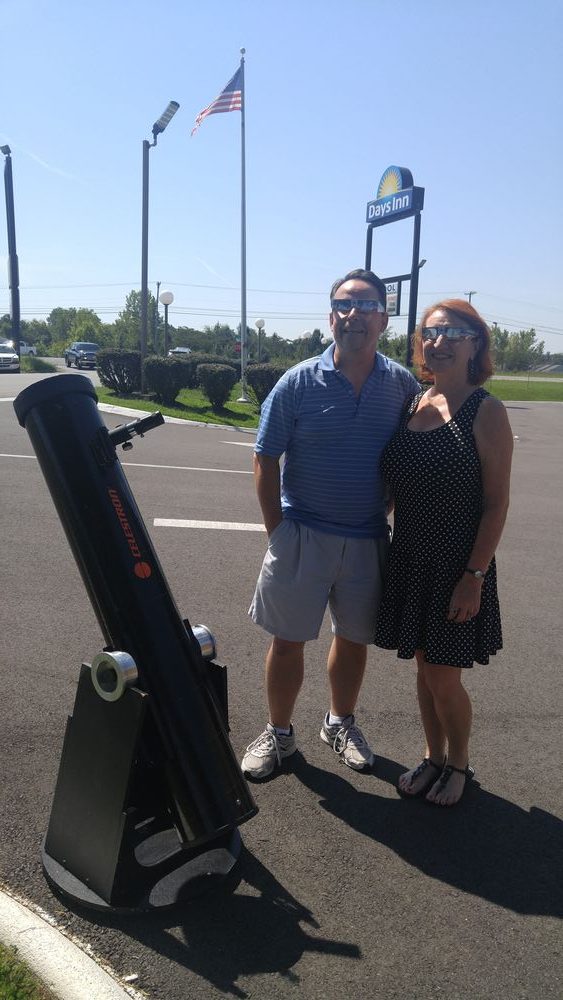 After awhile, others who decided to hang around came to visit with us and look at the progress through the telescope: 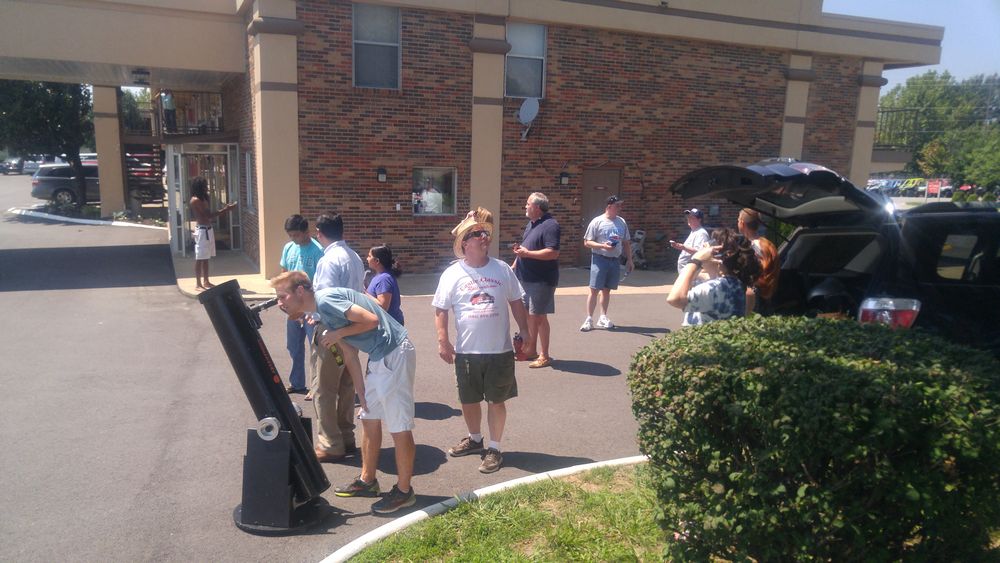 As we got closer to the time of totality, we started seeing crescent shadows as the sunlight filtered through tree leaves: 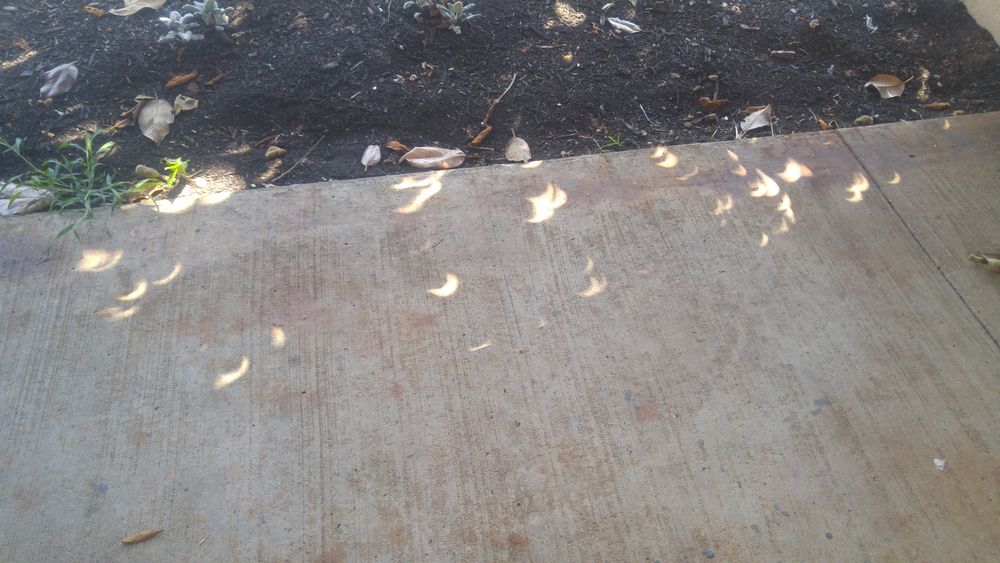 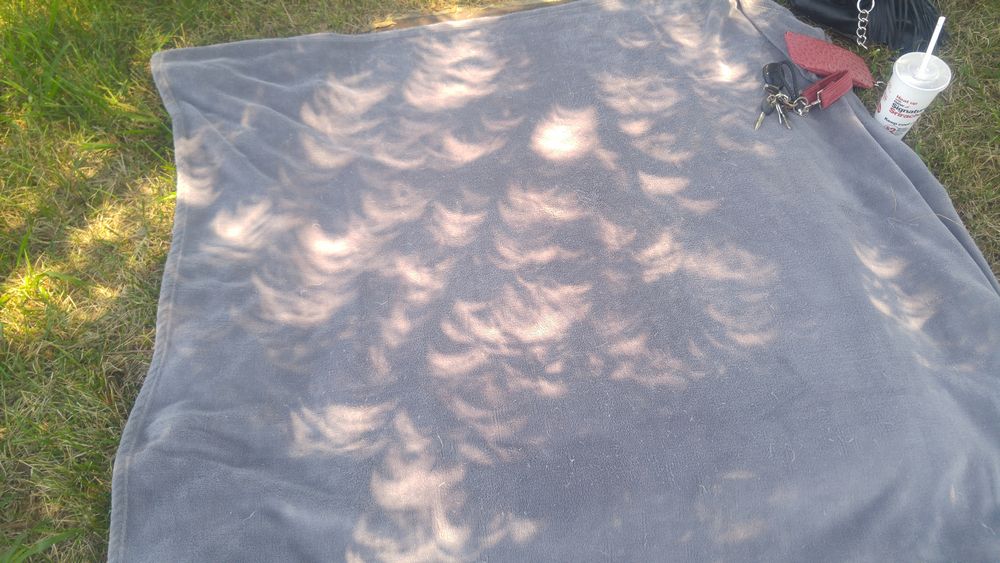 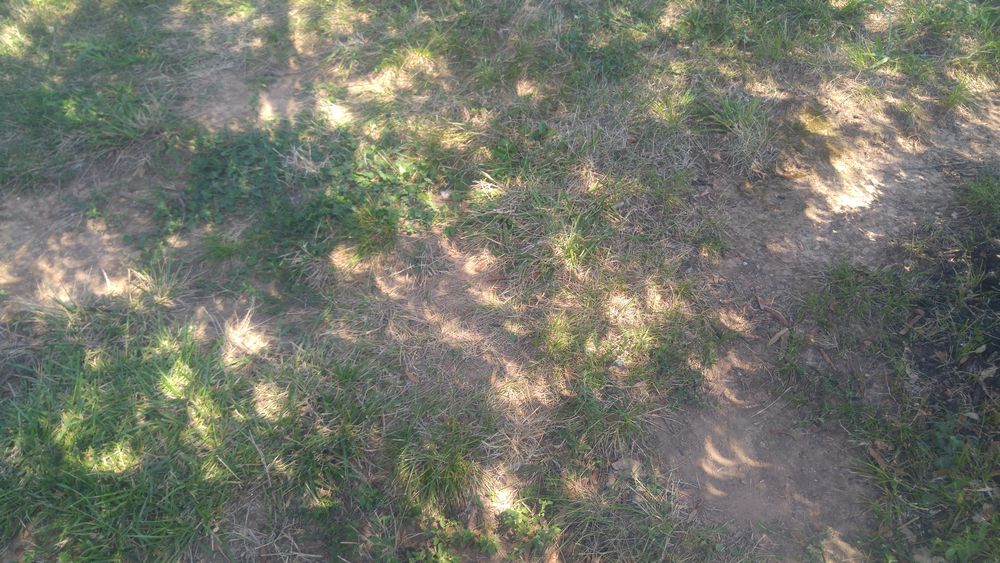 Here’s a photo a bystander took through the eyepiece of my telescope. You can see the orb of the moon covering about 80% of the sun disk: 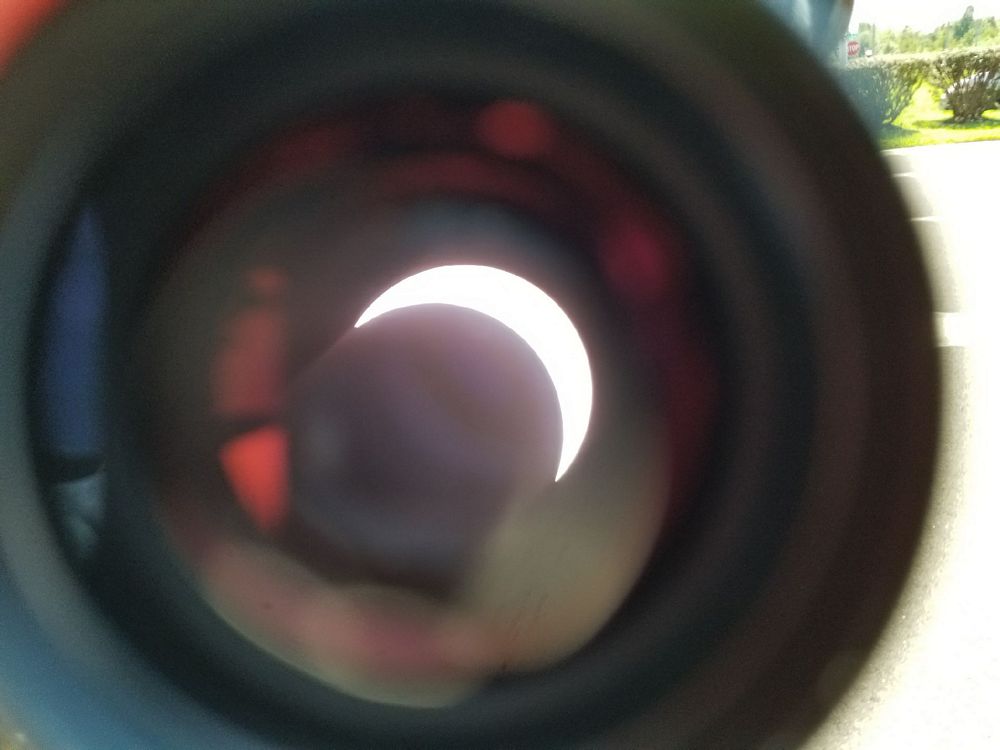 Our family looking at the eclipse just before totality: 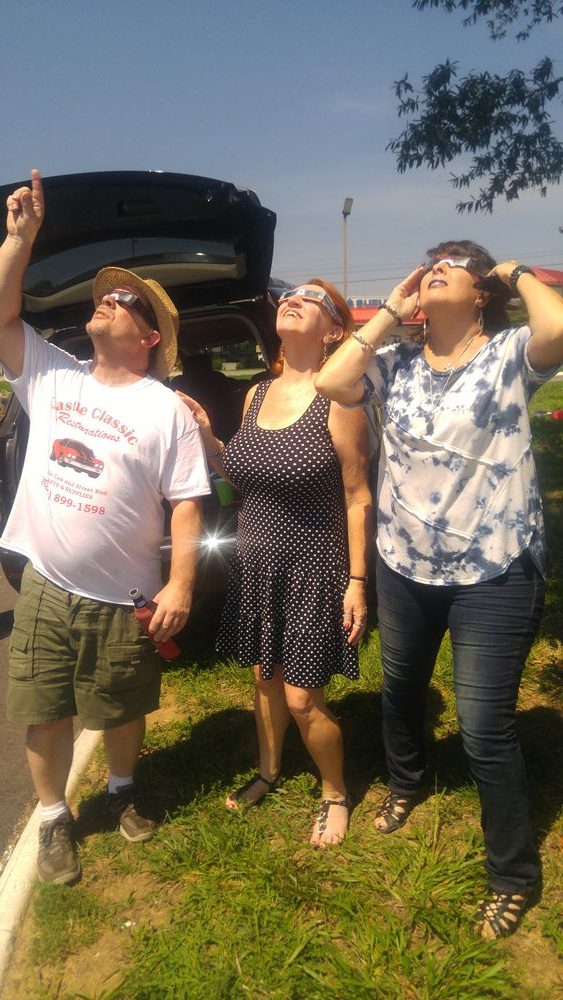 Totality!  Unfortunately, my phone’s camera just couldn’t take an acceptable picture of the sun’s corona glowing around the dark disk.  Had I been less excited I may have had the presence of mind to remove the solar filter on the telescope and try to shoot a pic through the eyepiece; but that didn’t happen.  🙁 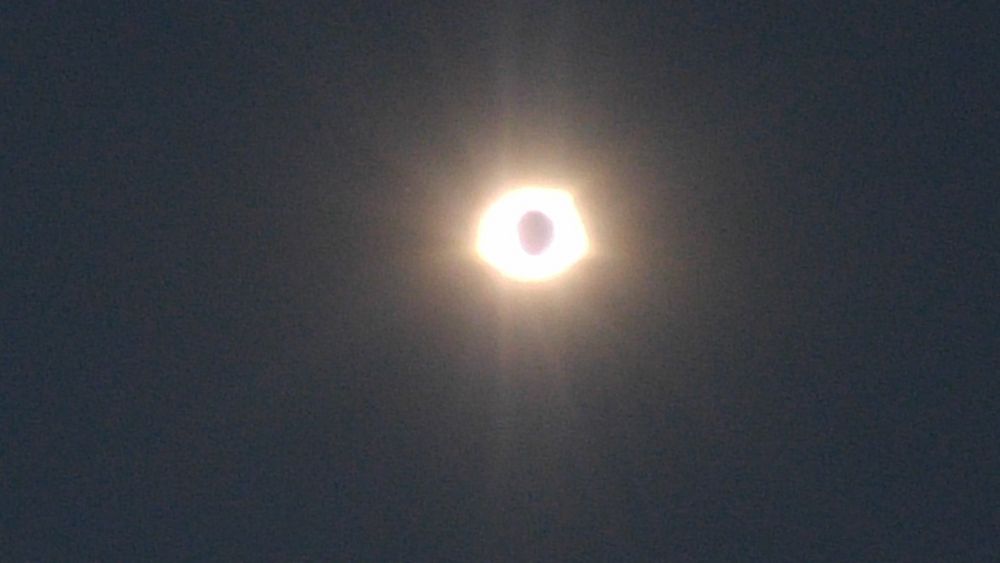 Again, this pic of totality doesn’t correctly show the dark disk with corona: 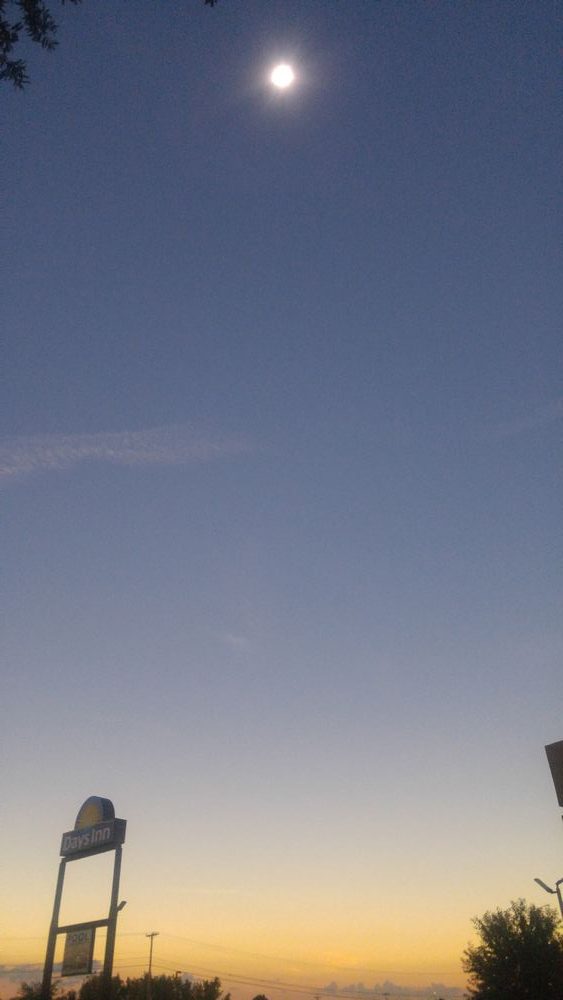 And this is what totality looks like. I incorrectly expected near-total darkness. Instead, it’s mostly dark (like very late dusk) but there’s a gold/red glow on the horizon that you see all 360-degrees around you: 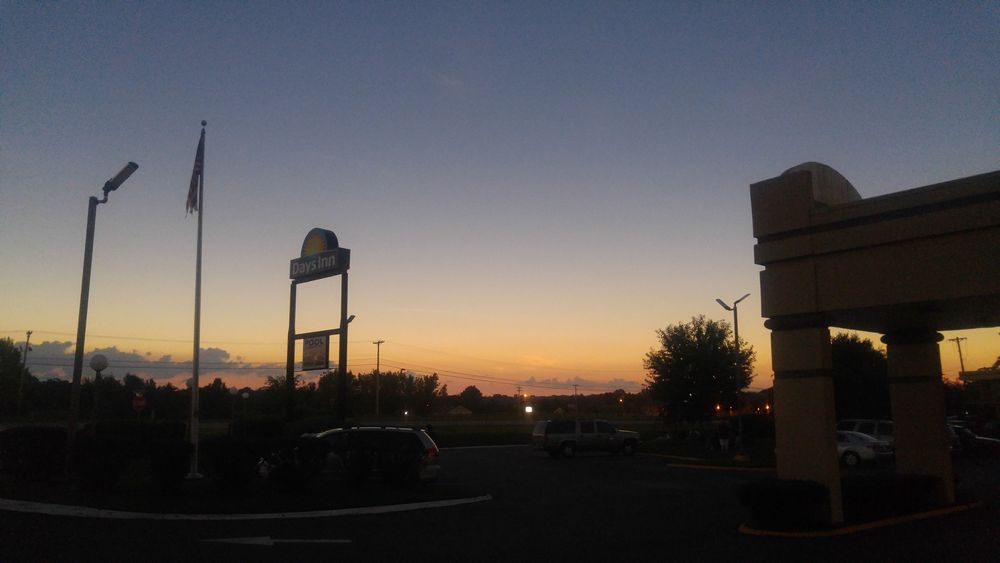 And this photo during totality is much brighter than it was in reality.  You can see that everyone removed their eclipse glasses and are looking directly at the sun during totality.  We had to make sure to put those glasses back on as we approached the end of the 2-1/2 minutes of darkness: 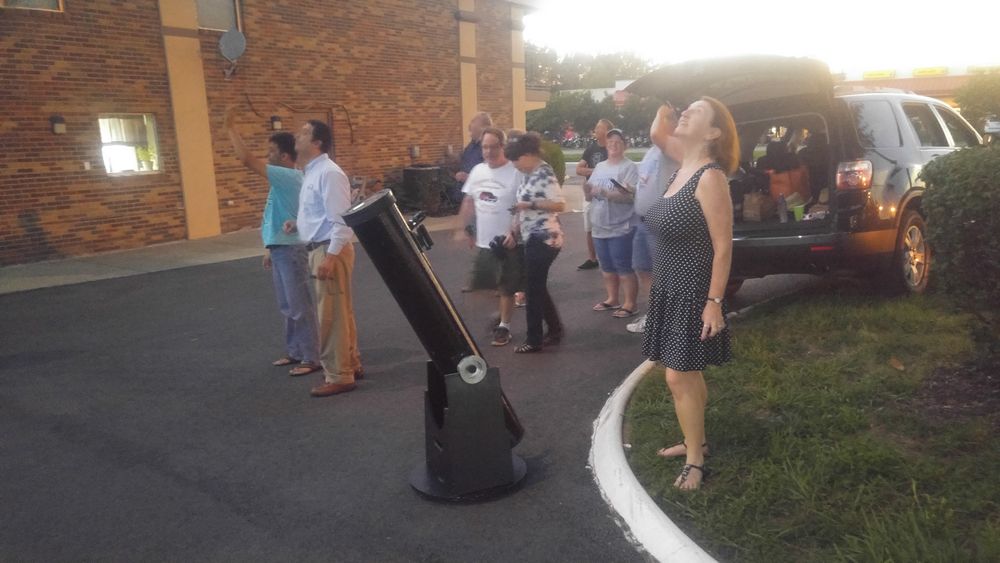 Totality finished, the bright sun returned, and eclipse glasses back on our eyes: 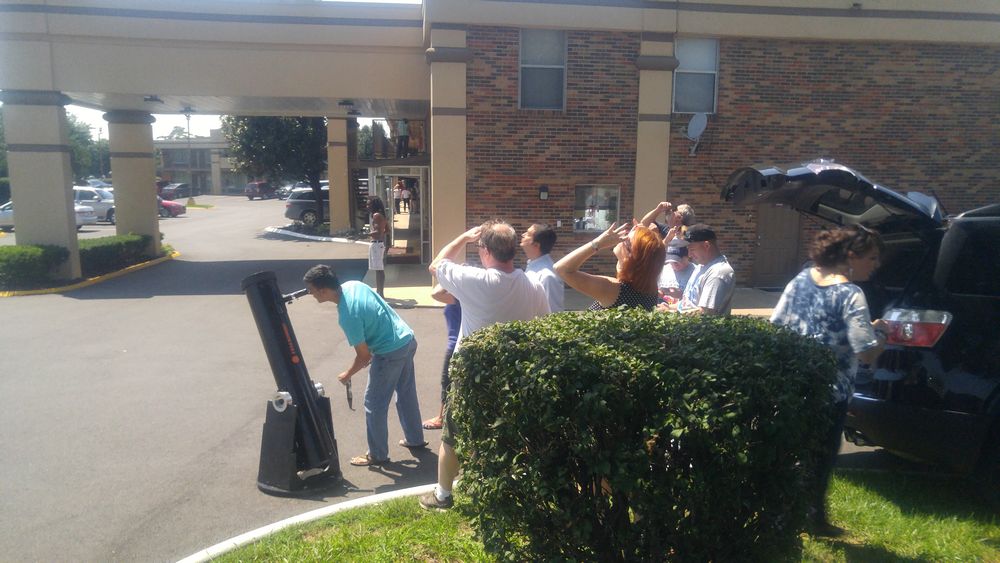 We didn’t hang around to watch the moon’s shadow recede off the sun.  We knew traffic back to Louisville would be nuts, so we loaded up and hauled ourselves back home. And, yes, traffic was horrendous on the return trip.

Was it worth it?  Oh, yes – – VERY worth it!  We found out from friends that if you weren’t actually in the direct path of totality, the sun still looked relatively normal with essentially no darkening of the sky (even though 95%-plus of the sun was covered for their location).  So, definitely worth it to be in the actual path.

I’m SO pleased we took the plunge and made the trip into totality.  We’re already planning to travel to near my brother in Evansville, IN for the next total solar eclipse in April 2024.